Government employees in San Diego County are being forced to undergo lectures that claim only white people can be racist, according to staff who say the training is taking away from their efforts to battle COVID-19 and a homelessness epidemic.

The Health & Human Services Agency required employees to spend six hours watching the online racism course, a training participant told the Washington Examiner. Critical Race Theory classes taught participants “Racism is a WHITE” problem, and, “Only white people can be racist.” The title of the course is ‘Power and Privilege.’

“This training is lumping people into groups, and it has not explained how some (minority) individuals have succeeded in this systemically racist country — like Barack Obama, NBA/NFL players who make millions, Dr. Ben Carson, Oprah, and Whoopi Goldberg, to name a few,” the employee said. The Washington Examiner is not identifying the employee, who asked to remain anonymous over fears of retaliation.

The employee claims that instructor Reggie Caldwell told participants, “Only white people can be racist, no other BIPOC’s (Black, Indian, and people of color) can be racist.”

Information on the class was first obtained and posted online by Carl DeMaio, chairman of the Reform California PAC, which is actively working to recall Gov. Gavin Newsom. DeMaio is a former San Diego city council member and led a successful 2018 recall against Democratic state senator Josh Newman.

“It is outrageous that taxpayer funds are being used to support divisive and offensive training materials like this,” DeMaio said. “By labeling white employees as inherently racist, the county is not only supporting offensive content with our tax dollars, but it has also created a hostile work environment that could result in costly lawsuits filed by injured employees.”

Critical Race Theory started as a movement in the 1980s that the law and legal institutions are inherently racist, something white people use to their advantage, according to Britannica. Training for the concept has been expanding across the country, including the federal government. The California Board of Education is considering making the training mandatory in grades K-12.

San Diego’s online PowerPoint training occurred several weeks after a Jan. 12 vote by the Board of Supervisors to make racism a public health crisis. More than 300 employees, divided into three groups, took the class. 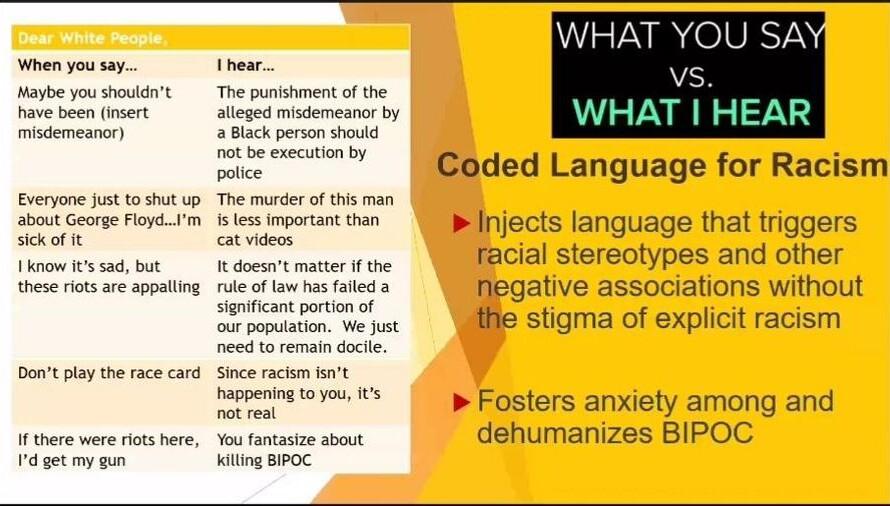 It is unclear who approved the training and expenditure and whether additional agencies were required to take it. San Diego County did not respond to a request for information. During the last election, the Board flipped from a conservative to a liberal majority with the election of two new supervisors. One of those was Norma Vargas, a former Planned Parenthood executive.

In a statement to the Washington Examiner, Vargas’ office said, “Vice Chair Vargas is proud of her work to dismantle systemic racism. On her first week on the job, she co-authored a board letter to denounce racism a public health crisis. Vice Chair Vargas supports County staff in their development to help build a more diverse, equitable, and inclusive agency.”

The employee was offended by the training and asked for a copy of the PowerPoint. This was denied, and so screenshots were taken.

“What was appalling to me was the Privilege slide where at the bottom of the slide it states, ‘White People: what are you willing to give up to have racial equality?'” the employee said. “Please explain to me how the homeless in San Diego (which we have a ton) are demonstrating their ‘white privilege.’ There goes that logic. What happened to equal opportunity? Apparently, that’s racist now.” 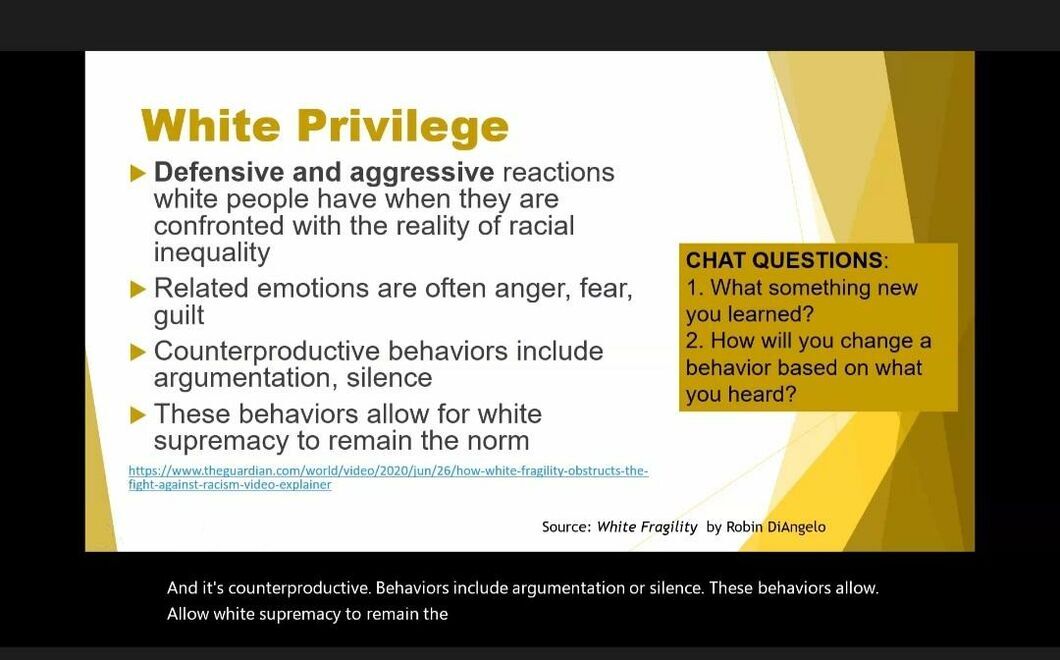 In one exchange, Caldwell posted a slide that said Confederate flags were equivalent to Nazi flags. The conversation between Caldwell and numerous students drifted toward the American flag, which was suddenly deemed equivalent to the Nazi flag. One employee spoke up and said service members coming back from Iraq might be proudly flying an American flag from their car.

Caldwell then said, “Those individuals need to think about their actions and how it makes others feel and not fly the flag in the back of their trunks because it’s seen as racist,” the employee said.

Caldwell disputed that he called the American flag racist and did not recall that being said by any of the participants.

“There is no connection to the American flag and being a racist,” he told the Washington Examiner.

Participants who wanted to speak during the class were told to introduce themselves with their race, such as, “I am white. My name is Mary.“

San Diego County Supervisor Jim Desmond, a Republican, did not know about the training until contacted by the Washington Examiner.

“The training slides were an absolute surprise,” he said. “The goal for San Diego County is to eradicate all forms of racism. However, as presented, the topics of employee training drives a wedge between people instead of uniting them for the common good.”

Texas Attorney General on Big Tech Monopoly Power to Censor: ‘I Will Fight Them With All I’ve Got’

Wokeness Implosion: Homosexual Father of Mixed-Race Children Was Too White for the Leftist San Fransicko School Board