Outspoken gun advocate and controversial new House member Rep. Marjorie Taylor Greene is stirring it up anew with her latest AR-15 giveaway that is meant to demonstrate her vow that President Biden’s gun ban “won’t happen on my watch.”

Greene, who raffled off two guns during her 2020 campaign in northern Georgia, is offering a weapon from the Live Free or Die state of New Hampshire to put an exclamation point on her pro-gun advocacy.

It is a “Honey Badger,” an AR-15 pistol style that the Bureau of Alcohol, Tobacco, Firearms and Explosives tried to regulate last year before pausing amid an outcry of gun owners, including Donald Trump Jr., who use similar firearms.

“I’m giving away the Honey Badger by Q because it’s the gun in the crosshairs of gun grabbers all across America,” Greene said.

She also noted that it and most other semi-automatic weapons would be banned, registered, or regulated under legislation in Congress supported by Democrats. That bill, H.R. 127, she said, “would require Americans to register it, so tyrannical government agents can confiscate it in the future.”

Biden has pledged gun control and was a key author of the 1994 “assault weapons” ban. The ban expired under former President George W. Bush, and the AR-15 has become a top seller in rifle and pistol formats.

“That won’t happen on my watch,” Greene vowed of further gun control.

Earlier this month, Greene proposed a national gun sanctuary plan similar to one before several state legislatures. It would preemptively block a wave of gun control the Biden administration is planning and directly challenge H.R. 127. 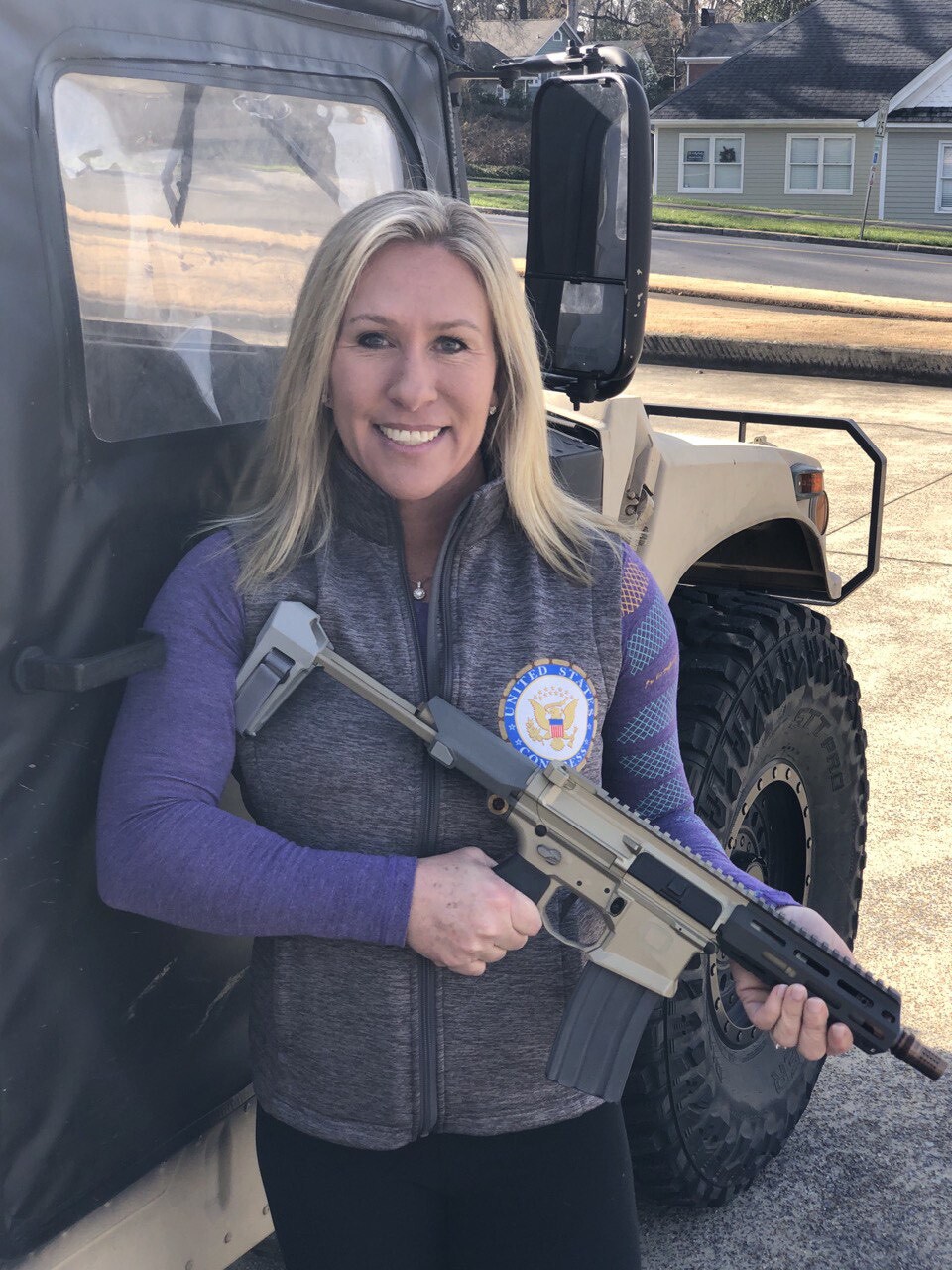 The ATF targeted the Honey Badger, claiming that it was being advertised as a short rifle, and many of those are subject to ATF approval and a $200 tax.

Entering Greene’s giveaway is free for the first chance.

“I can’t wait for an America First patriot to win this incredible firearm and add it to their collection,” she said.

Greene and fellow Rep. Lauren Boebert have been pushing the envelope of the gun culture in Congress. Boebert has received her permit to carry a concealed pistol in Washington and recently appeared online sitting in front of her semi-automatic weapons.