COPS: Home Inspector Pleasured Self With ELMO Doll In Nursery…

While unaware that he was being recorded by a nursery camera, a Michigan home inspector pleasured himself with an Elmo doll, according to police.

Kevin Wayne VanLuven, 59, was arraigned yesterday on a pair of misdemeanor charges stemming from an unsettling incident last month at a residence in Oxford Township, a Detroit suburb.

Investigators say VanLuven had been hired by the home’s owners to inspect their property prior to a sale. The owners told police that they let VanLuven and the buyer’s real estate agent into the home, then departed the residence during the March 12 inspection.

While away from the property, a 22-year-old female homeowner received an alert on her phone that a webcam had detected movement in the residence’s nursery. The woman then accessed the 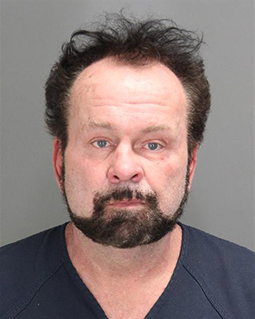 camera feed and saw VanLuven touching himself, cops report. The home inspector then picked up an Elmo doll and “appeared to be pleasuring himself with the doll,” police charge.

VanLuven, with the furry Sesame Street character in his hand, is pictured above in a webcam still.

After the homeowners called 911, sheriff’s deputies confronted VanLuven, who claimed to have only moved the doll to inspect an electrical outlet. But when cops told him that there was a camera in the nursery, VanLuven reportedly made incriminating statements and apologized for his actions.

Charged with aggravated indecent exposure and malicious destruction of property under $200, VanLuven was booked into the Oakland County jail, where he is being held in lieu of $2500 bond. A judge has directed VanLuven to undergo a mental health evaluation, and has prohibited him from being alone in any residential property that he does not own. Additionally, he has been ordered to have no contact with the Oxford Township homeowners.

If convicted of the indecent exposure charge, VanLuven faces up to two years in prison. The property destruction count carries a maximum penalty of about three months in jail.