PRESIDENT on GUNS: ‘No Amendment to the Constitution is Absolute’ 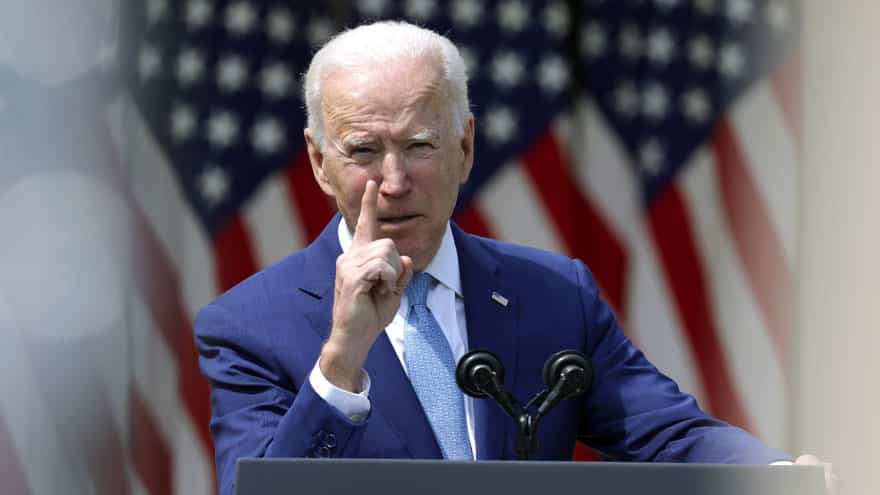 Former Vice President Joe Biden continued his gaffe-filled campaign campaign during Tuesday night’s Democratic Debate in South Carolina; telling the audience roughly 45% of the US population has been killed by gun violence since 2007.

“150 million people have been killed since 2007 when Bernie voted to exempt gun manufacturers from liabilities. More than all the wars -including Vietnam- from that point on. Carnage on our streets. If I’m elected, the NRA, I’m coming for you,” said Biden to applause.

Biden claims firearms have killed more than half of the U.S. population since 2007 pic.twitter.com/a679hcVbYg

The Washington Post shot-down Joe Biden’s recent claims he was “arrested” alongside the US Ambassador to the UN while attempting to visit Nelson Mandela during a trip 30 years ago.

Joe Biden has told voters at least three times that he was arrested in South Africa while trying to visit Nelson Mandela. He has also said Mandela thanked him for being arrested. There’s no evidence to back up either claim, ⁦@GlennKesslerWP⁩ reports. https://t.co/iTgKumSqUh

“As the Times noted, Biden’s memoir makes no mention of any such arrest. As far as we can tell, Biden never mentioned this arrest before; neither can we locate any news accounts of him being arrested,” adds the Post.

BIDEN on 2nd AMENDMENT: ‘As President, I Can Use All the Resources at My Disposal’

“As President, I can use all the resources at my disposal to keep the American people safe. As I said: At this moment, a great deal remains unknown. But three things are certain. First, 10 lives have been lost, and more families have been shattered by gun violence in the state of Colorado. And Jill and I are devastated. And the feeling — I just can’t imagine how the families are feeling — the victims whose futures were stolen from them, from their families, from their loved ones who now have to struggle to go on and try to make sense of what’s happened,” he added.

“And the state that — I even hate to say it because we’re saying it so often: My heart goes out. Our hearts go out for the survivors. The — who had to — had to flee for their lives and who hid, terrified, unsure if they would ever see their families again, their friends again. The consequences of all this are deeper than I suspect we know. By that, I mean the mental consequences — a feeling of — anyway, it just — we’ve been through too many of these,” Biden continued.

Less than a week after the horrific murders of eight people in Georgia, another American city has been scarred by gun violence. Tune in as I deliver remarks. https://t.co/yU7ReRfFko

“While we’re still waiting for more information regarding the shooter, his motive, the weapons he used, the guns, the magazines, the weapons, the modifications that apparently have taken place to those weapons that are involved here, I don’t need to wait another minute, let alone, an hour, to take common sense steps, that will save lives in the future and urge my colleagues in the House and Senate to act,” the president said. “We can ban assault weapons and high capacity magazines in this country once again.”

“This is not a partisan issue. It is an American issue,” he continued. “But we have to act.”

PELOSI: US Must Spend Trillions to Fight Climate Change Because ‘Mother Nature is Not Happy With Us’

NEWSOM’S NIGHTMARE: Leaders of Recall Effort Say They Have Enough Signatures to Force a Vote