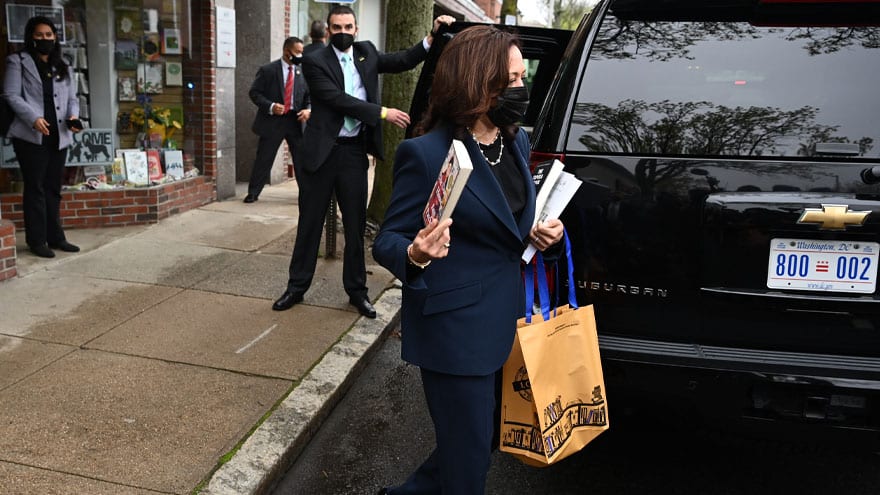 100% KENNEDY: ‘America Has Become One Giant Sanctuary City’ Thanks to Joe Biden

posted by Hannity Staff – 7 hours ago

Senator John Kennedy ripped the Biden administration’s approach to immigration on Fox News Monday; saying 2 million people will enter the USA illegally in 2021 thanks to the actions of the President.

“The Department of Homeland Security has announced that the border is closed. But, they lie like they breathe…If you believe the border is closed, you believe in the Tooth Fairy, the Easter Bunny, and that Jimmy Hoffa died of natural causes. We’ll have two million people come into the United States this year illegally thanks to the administration. They have no idea who they are except they’re coming from all over the world. The Biden administration has almost completely halted any kind of deportation of people already here illegally. America has become one giant sanctuary city,” said Kennedy.

BIDEN REBUKED: AOC Says Biden Only Appeals to ‘That Dude in the Diner,’ Not a ‘Pragmatic Choice’

Controversial far-left Congresswoman Alexandria Ocasio-Cortez set her sights on former Vice President Joe Biden this week; saying the Democratic frontrunner isn’t a “pragmatic choice” because he only appeals to “that dude in the diner.”

“I think he’s not a pragmatic choice,” Ocasio-Cortez said in an interview published Wednesday.

“If you pick the perfect candidate like Joe Biden to win that guy in the diner, the cost will make you lose because you will depress turnout as well,” she said. “And that’s exactly what happened to 2016. We picked the logically fitting candidate, but that candidate did not inspire the turnout that we needed.”

Ocasio-Cortez slammed Biden’s appeal to that “dude in the diner,” asking, “Just so that you can get this very specific slice of Trump voters?”

Both progressive candidates Bernie Sanders and Elizabeth Warren are hoping to garner AOC’s official endorsement in the months ahead.

The new Representative from New York City found herself in hot-water last week when she referred to immigration detention centers along the US-Mexico border as “Concentration Camps.”

“As long as the @GOPLeader supports jailing children and families on the border, I will continue to hold him to account for it. That’s why I’m calling on Rep. McCarthy to apologize for aiding and supporting the separation of children from their parents,” posted Ocasio-Cortez on social media.

“@AOC Concentration camps assured a slave labor supply to help in the Nazi war effort, even as the brutality of life inside the camps helped assure the ultimate goal of ‘extermination through labor.’ Learn about concentration camps,” posted Yad Vashem.

.@AOC Concentration camps assured a slave labor supply to help in the Nazi war effort, even as the brutality of life inside the camps helped assure the ultimate goal of “extermination through labor.”

Read the full report at The Hill.

WHICH IS IT? Biden Says ‘Crime is Down’ But ‘Gun Violence and Murder Rates Are Up’