ON THIS DAY: 1776, Continental Congress Votes on Resolution Declaring Independence from Great Britain 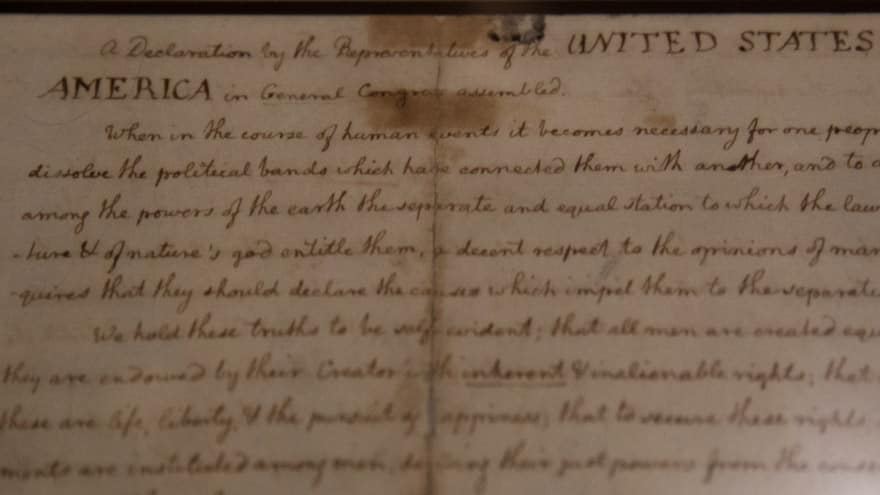 On this day in 1776, the Continental Congress held its first vote on the Declaration of Independence; a resolution that would formally absolve all political ties between Britain’s North American colonies and England.

The original resolution was presented by Richard Henry Lee to the legislators on June 7. The motion was debated while a committee -including John Adams, Benjamin Franklin, and Thomas Jefferson- worked on the actual Declaration.

On July 1, 1776, debate on the Lee Resolution resumed as planned, with a majority of the delegates favoring the law.

The final vote took place on July 2nd, 1776. 12 colonial delegations voted in favor of it, with the New York delegates abstaining.

“That these United Colonies are, and of right out to be, free and independent States, that they are absolved from all allegiance to the British Crown, and that all political connection between them and the State of Great Britain is, and ought to be, totally dissolved; that measures should be immediately taken for procuring the assistance of foreign powers, and a Confederation be formed to bind the colonies more closely together.”

“Today I’m also pleased to announce that I will soon sign an Executive Order establishing a national commission to promote patriotic education. It will be called the 1776 Commission,” said the President.

“It will encourage our educators to teach our children about the miracle of American history and make plans to honor the 250th anniversary of our founding,” he added.

‘HE WAS THE BEST’: Congressman Issa Reacts to the Death of Legendary Broadcaster Rush Limbaugh

America has lost an incomparable icon of broadcasting, media and the communication arts. The conservative movement has lost one of its most treasured and happy warriors. And we have lost a brave and generous friend like no other.

Rush Limbaugh was simply a giant – an almost daily presence in our lives for more than 30 years, he was one of history’s select few who can say he envisioned something that had never existed before, commanded its heights across five decades, and leaves a landscape of spectrum and substance that is his legacy alone.

It was more than the fact that he was a peerless radio host, though he was. Rush understood better than anyone we have ever seen the infinite power of one’s voice. His voice was inimitable, yet relatable. And while we didn’t use the word at the time, Rush’s brand was as distinctive as any before or since.

Before there was anyone in what is now an immense media field, there was Rush. He was first. He was the best. And he will never be forgotten.

SEC OF DEFENSE: US Will Evacuate ‘As Long as We Can Until the Clock Runs Out or We Run Out of Capability’