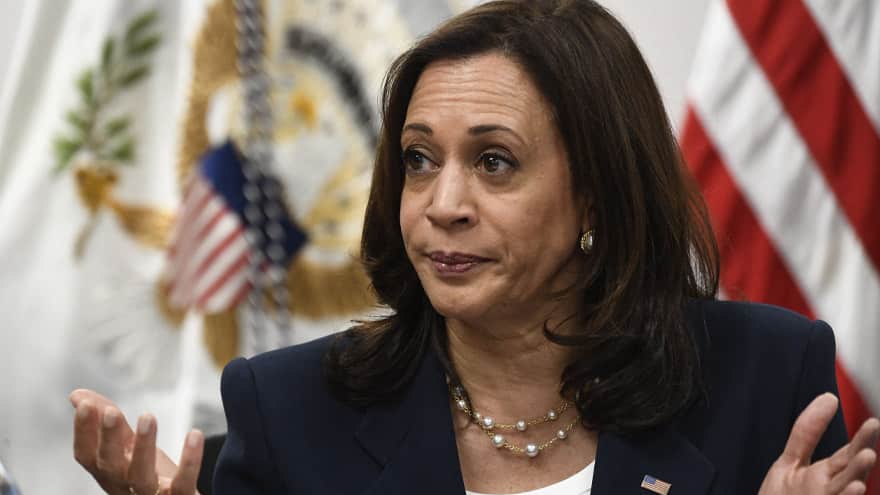 A bombshell report published Wednesday from Politico is shedding new light on the vibe inside the Vice President’s office; claiming it’s “not a healthy environment” and employees feel as if they are “treated like s**t.”

“The handling of the border visit was the latest chaotic moment for a staff that’s quickly become mired in them. Harris’ team is experiencing low morale, porous lines of communication and diminished trust among aides and senior officials. Much of the frustration internally is directed at Tina Flournoy, Harris’ chief of staff, a veteran of Democratic politics who began working for her earlier this year,” reports Politico.

“In interviews, 22 current and former vice presidential aides, administration officials and associates of Harris and Biden described a tense and at times dour office atmosphere,” adds the news outlet.

“We are not making rainbows and bunnies all day. What I hear is that people have hard jobs and I’m like ‘welcome to the club,’” said top advisor Symone Sanders. “We have created a culture where people, if there is anything anyone would like to raise, there are avenues for them to do so. Whoever has something they would like to raise, they should raise it directly.”

Read the full report at Politico.

KAMALA SNAPS: Harris Scolds Reporter in Texas, Says ‘This is Not My First Trip!’

Vice President Kamala Harris snapped at a reporter after arriving in Texas Friday; claiming this is “not my first trip” to the US-Mexico border.

“Why did you decide that right now was the right time to make your first trip to the border?” asked one reporter.

“Well, it’s not my first trip… I said back in March I was going to come to the border so this is not a new plan,” claimed the Vice President.

REPORTER: “Why did you decide that right now was the right time to make your first trip to the border?”

KAMALA: “Well, it’s not my first trip… I said back in March I was going to come to the border so this is not a new plan.” pic.twitter.com/haqOam6Xvb

HARRIS SNAPS! Kamala Scolds Journalist When Grilled Over Why She Hasn’t Visited the Border

Vice President Kamala Harris snapped at a reporter with Univision this week when she was repeatedly asked if she planned to go to the US-Mexico border; telling the journalist “I’m not finished.”

“When are you going to the border Vice President?” asked one reporter.

“Do you have a date to go to the border?” pressed the journalist.

Watch the fiery exchange above.