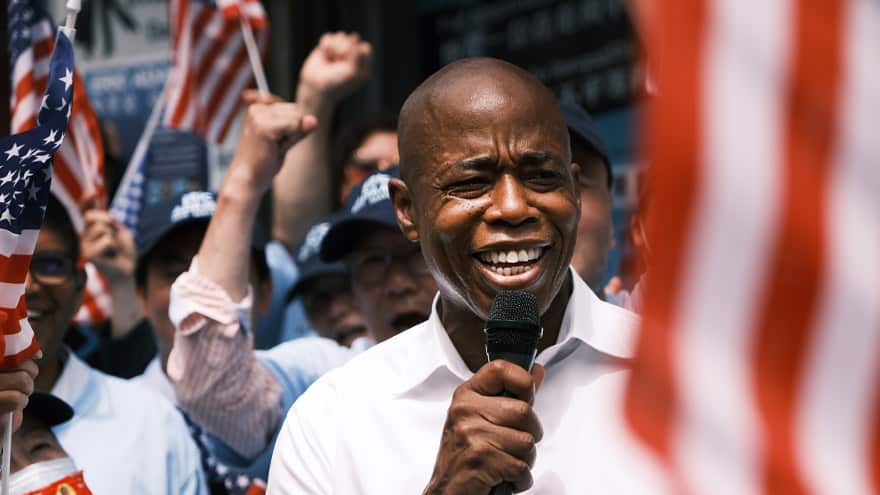 NYC SPIRALS: 112 Injured By Gunfire in 9 Days, Local Says ‘Haven’t Seen Anything Like This in My Life’

Violence and gunfire continued to plague New York City since anti-police protests started back in June, with authorities confirming more than 100 people have been shot in the last 9 days.

“There have been 112 victims in 83 shootings over a nine-day period ending Saturday, according to police. Most of those shot were expected to survive, but at least six people have died in the past week and others suffered serious or critical injuries,” reports 1010Wins.

“It has just been ridiculous how it has taken place, because we saw a serious decline over a five year period and we have working relationships to work with our police department with their community policing,” said one local leader in Brooklyn. “Now look at what we’re faced with. I have not seen anything like this in my entire life living here in New York.”

Establishment Democrats and progressives have debated over what “defund the police” actually means. Some argue the phrase shouldn’t be taken literally and just stands to represent police reforms.

“It does not mean counting overtime cuts as cuts, even as NYPD ignores every attempt by City Council to curb overtime spending and overspends on overtime anyways,” Ocasio-Cortez continued. “If these reports are accurate, then these proposed ‘cuts’ to the NYPD budget are a disingenuous illusion. This is not a victory. The fight to defund policing continues.”

JUST IN: Pelosi to Extend ‘Proxy Voting’ for Reps Until October to Comply with COVID Guidelines

CRENSHAW: Far-Left Wants to ‘Indoctrinate Students to Believe Our Country is Irredeemably Racist’