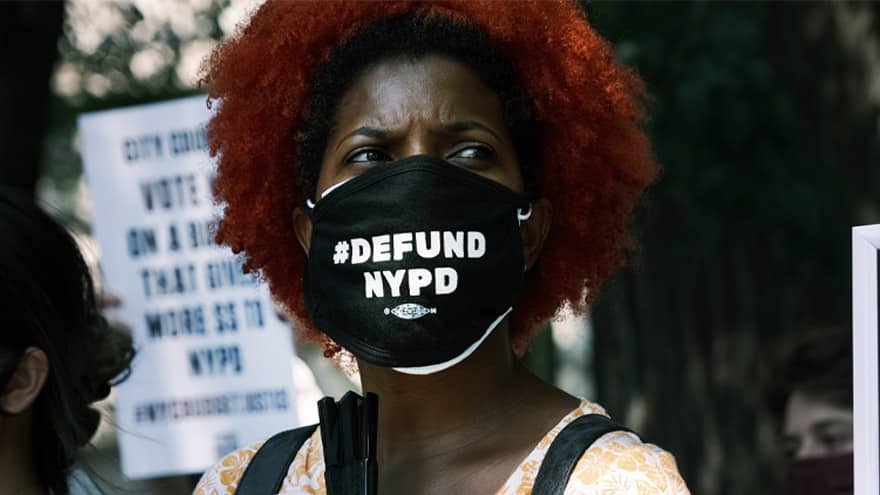 “Adams — who if elected would only be the second Black mayor of the Big Apple — beat out presidential hopeful turned-mayoral candidate Andrew Yang, Maya Wiley, who was endorsed by New York Democrat Rep. Alexandria Ocasio-Cortez, and top contender Kathryn Garcia. The Associated Press declared Adams the winner early Tuesday evening based on the latest tabulations, which included most absentee ballots,” reports Fox News.

“We’re not going to recover as a city if we turn back time and see an increase in violence, particularly gun violence,” Adams said following the May shooting of three people, including a 4-year-old girl, in Times Square.

Breaking News: Eric Adams won the Democratic nomination for mayor of New York City, according to The Associated Press, putting him on track to become the second Black mayor in the history of the nation’s largest city. https://t.co/GNbrxPjPn6

“If Black lives really matter, it can’t only be against police abuse,” Adams told his supporters the night of the primary race. “It has to be against the violence that’s ripping apart our communities.”

ANOTHER SCHIFF SHOW? Schiff Vows to ‘Get to the Bottom’ of New ‘Whistleblower Complaint’

Congressman Adam Schiff suggested this week the House Intelligence Committee could launch another probe into Russian election interference; promising to “get to the bottom” of a new “whistleblower complaint.”

“We will get to the bottom of this, expose any and all misconduct or corruption to the American people, and put a stop to the politicization of intelligence,” said Congressman Adam Schiff, chairman of the committee.

This puts our national security at risk. We will investigate:https://t.co/Z7npo3P6zv

“We will investigate,” he added.

Read the full report at the New York Times.

NO OTHER WAY? Biden Says No Way to Exit Afghanistan Without ‘Chaos Ensuing’