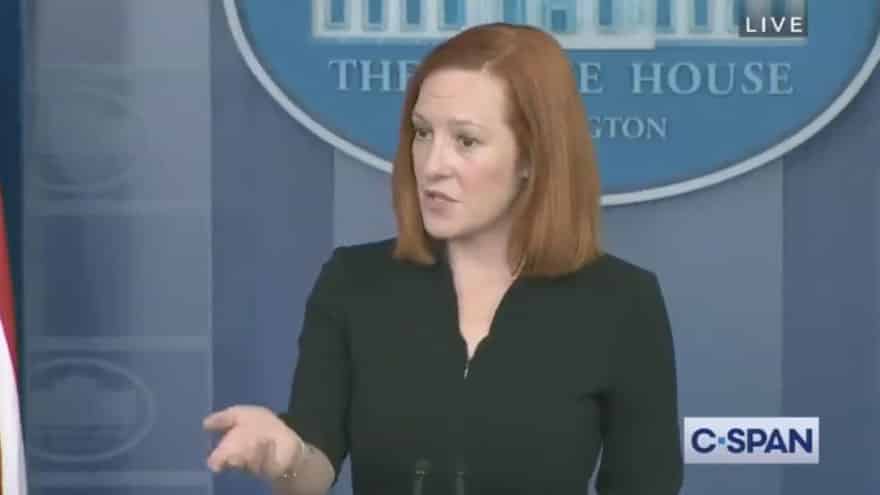 “I’m trying to reconcile this… Because he said there was limitations on the use of Executive Actions… Does this suggest that Biden sees himself as a benevolent dictator?” asked one reporter.

“I think you took the president’s comments a bit out of context…,” said the Press Secretary.

.@PressSec is asked how President Biden reconciles his record number of executive orders with his comments on the campaign trail saying that you need consensus to govern or you’re a dictatorship:

“I think you took the president’s comments a bit out of context…” pic.twitter.com/ACw33wM9aH

posted by Hannity Staff – 21 hours ago

President Biden met with Chicago’s mayor on Wednesday, in the wake of an extremely violent holiday weekend in the nation’s third most populous city.

The president, on his way to an event in McHenry County, Illinois – where he’s making the case for the infrastructure deal reached by a bipartisan group of senators and the White House – was greeted by Illinois Gov. J.B. Pritzker and Chicago Mayor Lori Lightfoot, both Democrats, as he deplaned Air Force One at Chicago’s O’Hare International Airport.

The meeting came after more than 100 people were shot and 19 killed over the Fourth of July weekend in Chicago, the city’s most violent weekend this year. And LIghtfoot has come under increasing pressure to take action.

Lightfoot campaigned for mayor as a public safety expert and on Tuesday vowed that “we are doing absolutely everything that we can to stem the violence.” But the city council and neighborhood officials are growing restless.

Biden’s stop in Chicago came hours after two federal agents and a Chicago police officer were shot early Wednesday while on duty in an unmarked law enforcement vehicle on the city’s Far South Side.

After the meeting, White House press secretary Jen Psaki said in a statement that “during a greet with Mayor Lightfoot on the airport tarmac, President Biden expressed his personal support for the two ATF officials and the Chicago police officer who were shot earlier today. He reiterated his commitment to working with the Mayor and leaders in Chicago in the fight against gun violence and conveyed that the Department of Justice would soon be in touch about the strike force announced just a few weeks ago that will be working with cities like Chicago.”

LITTERATI: Watch Gavin Newsom Hit the LA Rails With a Clean Up Crew, Says ‘Looks Like a Third World Country’