STEFANIK: ‘Americans Are Paying More for Everything Thanks to Joe Biden and the Democrats’ 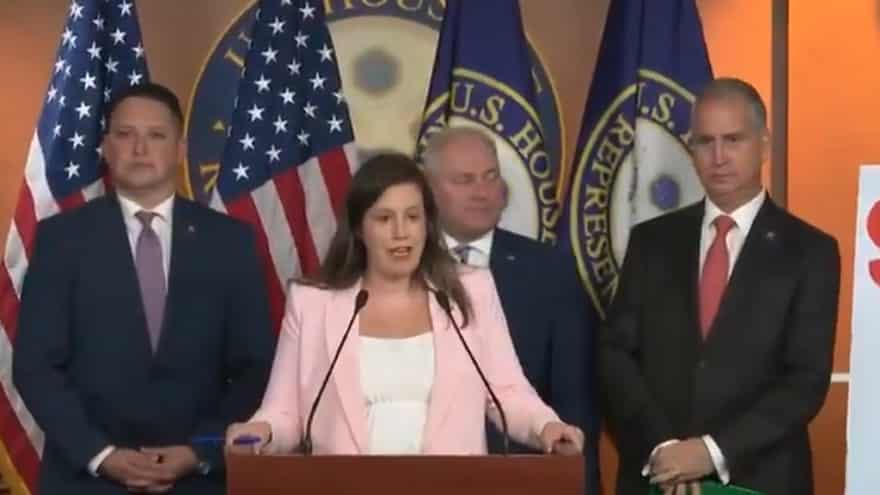 The inflation rate in the United States jumped to 5.4% in June as prices for consumer goods soared; posting the fastest pace since 2008 while the economy struggles to recover from the COVID-19 shutdown.

“The Labor Department said last month’s consumer-price index increased 5.4% from a year ago, the highest 12-month rate since August 2008. The so-called core price index, which excludes the often-volatile categories of food and energy, rose 4.5% from a year before,” reports the Wall Street Journal.

U.S. consumer prices rose 5.4% in June from a year ago, keeping inflation at the highest annual rate in 13 years as the economic recovery gained steam https://t.co/HbP9VXcWMp

“The index measures what consumers pay for goods and services, including clothes, groceries, restaurant meals, recreational activities and vehicles. It increased a seasonally adjusted 0.9% in June from May, the largest one-month change since June 2008. Prices for used cars and trucks leapt 10.5% from the previous month, driving one-third of the rise in the overall index, the department said. The indexes for airline fares and apparel also rose sharply in June,” adds the newspaper.

Joe Biden baffled millions of Americans Thursday when he began inaudibly whispering into the microphone during a televised press briefing; talking about how he “wrote the bill on the environment.”

“Remember when you were asking me, and I’m not being critical, believe me, ‘Guess what, Employers can’t find workers?’ Well, yeah, well I said, ‘Pay them more,” he whispered.

“This is an employee’s bargaining chip now,” Biden added. “By the way, talking Inflation… No one’s talking about this great, great, you know… So, again, if it turns out what we’ve done so far is a mistake, it’s gonna show.”

“I got them $1.9 trillion in relief so far,” he added. “I wrote the bill on the environment… Pay them more…”

CUBAN IN TROUBLE: NBA Tells Billionaire Mark All Teams ‘Must Play National Anthem’ Before Each Game