BIDEN on ???: President Asks If There Are People Who Think ‘We’re Sucking the Blood Out of Kids’ 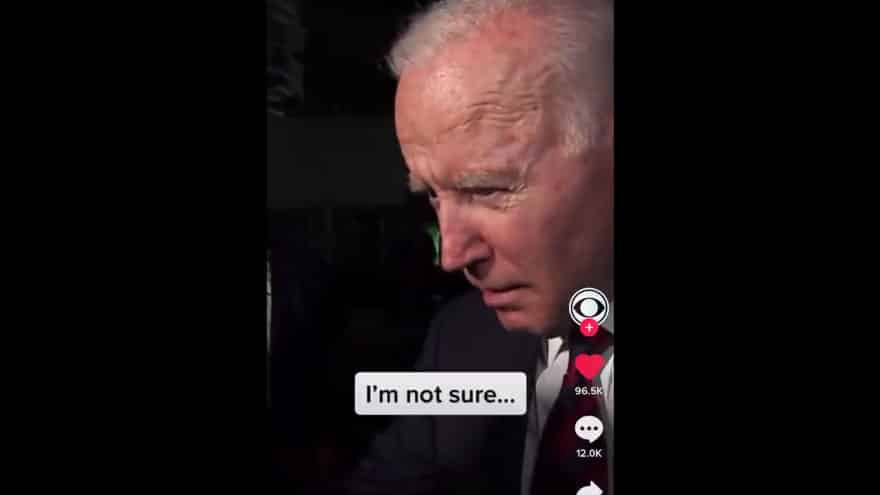 President Joe Biden spoke with reporters Thursday night when he was pressed on why some members of the Democratic Party want to defund police departments, responding with a strange question about bizarre conspiracy theories.

“Are there people in the Democrat Party who want to defund the police?” yelled one journalist.

“Are there people in the Republican Party who think we’re sucking the blood out of kids?” responded the President.

“Are there people in the Democrat Party who want to defund the police?”

BIDEN: “Are there people…who think we’re sucking the blood out of kids?”pic.twitter.com/JRZikPw8L9

Biden has sought to distance himself from his party’s “defund” movement as new polls show a majority of Americans -including Democrats- are concerned with rising crime rates across the country.

Violent felonies are up approximately 30% in most major cities.

White House Press Secretary Jen Psaki baffled millions of Americans during her briefing in June when she claimed Republicans -not Democrats- want to defund police departments across the country.

“The President never mentioned needing money for police as part of the American Rescue Plan,” said one reporter.

“The President did mention that the American Rescue Plan, a lot of Democrats, could help ensure that local cops were kept on the beat in communities across the country. It did not receive a single Republican vote. That funding has been used to keep cops on the beat!” claimed Psaki.

“Any local department would argue that keeping cops on the beat … is something that helped them fight crime in their communities,” she added.

Watch the President’s strange comments above.

“Join us. Go to JoeBiden.com… Sign up, volunteer, contribute if you can, but we need you very badly. Every vote matters tomorrow… Look, tomorrow is Super Thursday… Tuesday. I’ll tell you what, I’m rushing ahead aren’t I?” asked Biden.

OLYMPIC PATRIOT: ‘God Spoke Through Me, I Wouldn’t Want to Live Anywhere Else’ But the USA