JUST IN: Cleveland Indians Change Their Name After More Than a Century, Will Be ‘The Guardians’ 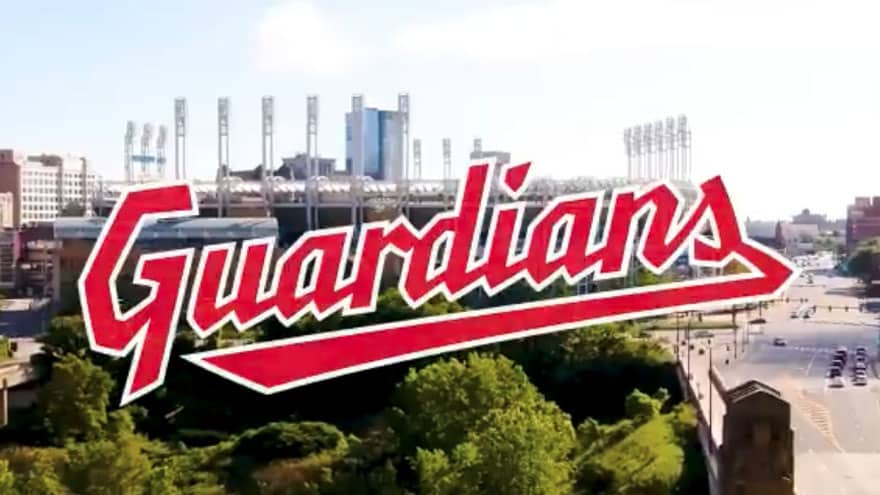 The Cleveland Indians announced Friday the Major League Baseball outfit will change its name after more than century; confirming the team will be known as the ‘Cleveland Guardians’ starting next season.

Cleveland Indians have chosen new name after more than 100 yearshttps://t.co/Y6XxIoVwZh

Together, we are all… pic.twitter.com/R5FnT4kv1I

“We are a city on the rise. Forging into the future from our ironed out past. We are a city of fire and water, trees and towers. Built through generations of blue collars and the brightest scholars,” said Hanks.

“We set our sights on tomorrow. This is our team. A team that’s seen its own progress and prosperity… Moments that span years. Moments that broke barriers and hearts… There’s always been Cleveland, that’s the best part of our name. Now it’s time to unite as one family,” added the Oscar-winning actor. “We are loyal and proud and resilient, we protect what we’ve earned… Together we are all Cleveland Guardians.”

“In searching for a new brand, we sought a name that strongly reflects the pride, resiliency and loyalty of Clevelanders. Guardians embodies those defining attributes while drawing upon the iconic Guardians of Traffic proudly standing just outside Progressive Field on the Hope Memorial Bridge,” Team owner Paul Dolan stated in a letter. “It brings to life the pride of Clevelanders take in our city and the way we stand for each other while defending our Cleveland process.”

“We acknowledge the name change will be difficult for many of us, and the transition will take time,” he added.

In 1976, two protesters rushed the field to burn an American flag in the middle of a baseball game. MLB star Rick Monday rushed the demonstrators to rescue the Stars and Stripes before it could be destroyed.

Watch the incredible footage below.

‘Black Lives Matter’ will be a part of Major League Baseball’s opening weekend, with the New York Post reporting the slogan will be “stenciled” on the pitcher’s mound for all opening day games.

“With the Yankees and Nationals opening the season in Washington, there will be a Black Lives Matter/MLB stencil on the pitcher’s mound during opening weekend games throughout the league,” reports the New York Post.

The move is mean to “express support for the fight against systemic racism and injustice,” the Nationals said in a statement.

“Obviously, that’s a manifestation of where our country currently is,’’ Yankees General Manager Brian Cashman said on a Zoom call. “Our country is in many ways the greatest country in the world. In some ways, it’s broken in certain aspects where we’re not all together and not all as one. Because of that, you’re seeing demonstrations like kneeling at the anthem as part of that process. Part of our community is hurting when it shouldn’t be. It’s been ignored for such a long period of time. The great part of America is there are different ways to express yourself and different platforms to utilize how you express yourself. In some cases, it’s kneeling during the anthem. … I support the ability to protest in the way they see fit, as long as it’s in a legal and healthy way. I think there’s nothing more American than being able to express your beliefs and do it in a safe way.”

HANNITY: Every Georgian Should be ‘Furious’ with Biden, Abrams, MLB, ‘Spineless Corporations’

“Major League Baseball, along with Joe Biden and Stacey Abrams, have completely embarrassed themselves. The MLB is now moving the All-Star Game from Atlanta to Denver,” said Hannity.

“Both states allow votes by mail, and Colorado also has a voter ID requirement. What message is MLB sending to Georgia? Joe Biden, Stacey Abrams, Baseball, Delta, Coca Cola, they all lied about the election laws,” he added. “Every person in Georgia should be furious with Biden, Abrams, Major League Baseball, and 200 spineless corporations for amplifying these lies,” he added.

‘DAM IS ABOUT TO BURST’: Devine Says Now Plenty of Evidence on Hunter, Just Matter of Time

SEE YA, ZUCK: Jeff Zucker Resigns From CNN for Failing to Disclose Relationship With Colleague