L.A. SERGEANT: Newsom Living in a ‘Fantasy World,’ Crime ‘Surging With No Consequences’ 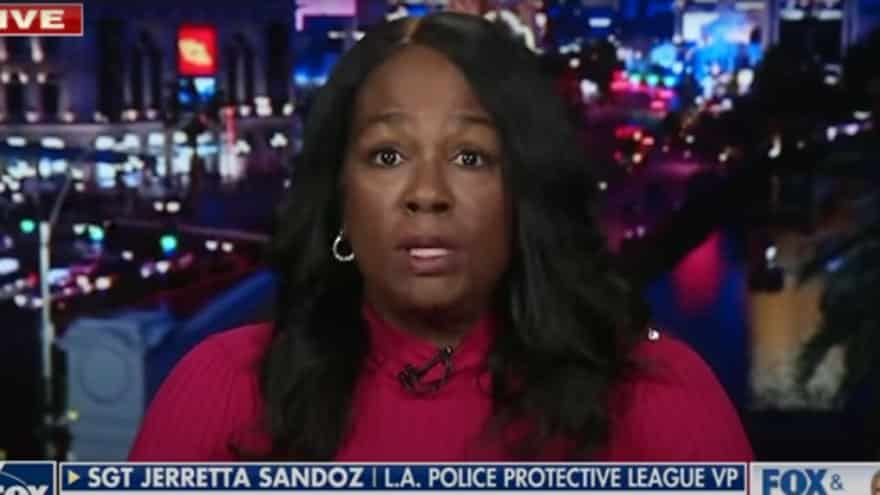 Embattled California Governor Gavin Newsom is pleading with Golden State resident’s to “voluntarily” limit their water consumption as the region struggles with high-temperatures and drought conditions.

“We’re hopeful that people will take that mindset they brought into the last drought and extend that forward with a 15% voluntary reduction, not only on residences but industrial commercial operations and agricultural operations,” Newsom said in a news conference.

“We’re not trying to be oppressive,” Newsom stressed, The Times reported. “Again, these are voluntary standards.”

Newsom will officially be recalled on September 14th as he fends of potential challengers eager to take his position.

The Governor has faced a growing backlash over a series of botched plans; including his decision to shutter businesses for more than a year to slow the spread of COVID-19.

California Governor Gavin Newsom admitted the obvious during an interview with ‘The View’ Tuesday; saying it “appears” there are now enough signatures to force a mandatory recall vote and potentially oust him from office.

“The nature of these things, the up or down question, the zero-sum nature of the question is challenging…so we’re taking it seriously.” https://t.co/VQPtWw0qXe

After receiving backlash for going against his own recommendations last year by attending a maskless, mostly indoor dinner at a restaurant while much of the state was on lockdown, California Gov. @GavinNewsom tells @TheView “it was a terrible mistake.” https://t.co/xOnQDip7Iu pic.twitter.com/xr83eMn5tg

“This one appears to have the requisite signatures,” the Democratic governor said.

“I’ve only been in office 25 months, just 25 months there’s been six efforts to put a recall on the ballot. This one appears to have the requisite signatures. This started before the pandemic,” he said. “If you look at the list of grievances from the proponents of this campaign, it goes to our values, it’s less about me, it’s more about California and our values, Democratic Party values.”

‘HANDS OFF OUR CHILDREN’: Paul Blasts Fauci After Data Shows 75% of Children Have Naturally Acquired Immunity

PRESIDENTIAL PLEDGE: Trump Jokingly Says ‘I Will Never, Ever Ride a Bicycle’