CRUZ on HANNITY: The CDC Has Destroyed Their Credibility 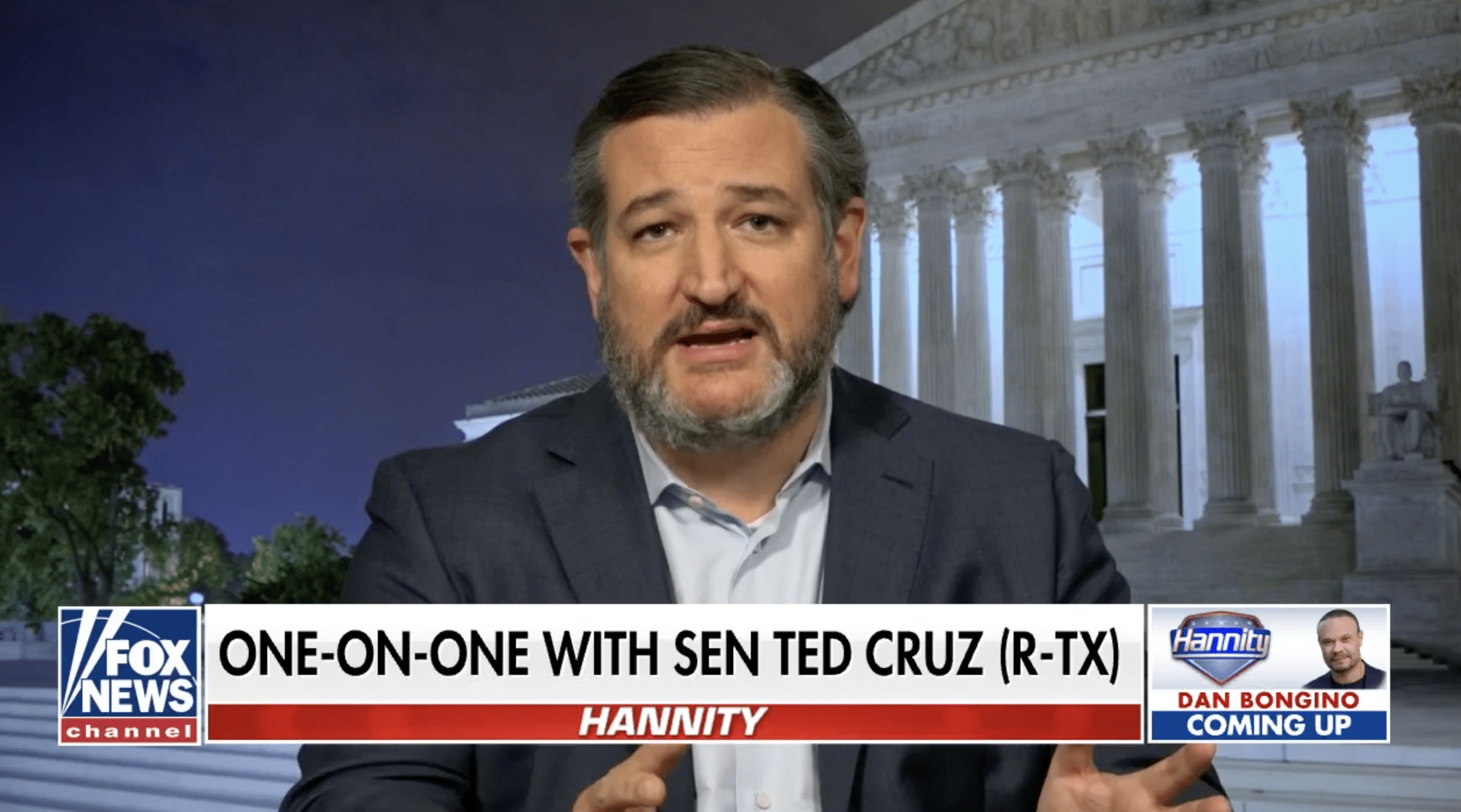 “I’ve gone over this. I can spend an entire program playing your fellow Democrats and the media changing their viewpoint by the day,” said Hannity.

“The Democrats have treated the pandemic as politics. From the shutdowns to the schools, to the jackbooted thugs who went and persecuted people of faith. We saw a political agenda instead of common sense,” responded Cruz.

“That culminated yesterday in the CDC’s absurd decision that people who have been vaccinated must wear masks when inside. That decision is not science, it’s politics,” he added.

“In areas with substantial and high transmission, CDC recommends that fully vaccinated individuals wear a mask in public indoor settings to help prevent spread of Delta and protect others,” the agency wrote ahead of a briefing.

“In recent days, I have seen new scientific data from sequenced outbreak investigations showing that the delta variant behaves uniquely differently from past strains of the virus that cause COVID-19,” CDC Director Dr. Rochelle Walensky told reporters over a call. “Information on the delta variant from several states and other countries indicate that in rare occasions, some vaccinated people infected with the delta variant after vaccination may be contagious and spread the virus to others.”

“This new science is worrisome and unfortunately warrants an update to our recommendations,” Walensky said.

“Unvaccinated individuals should get vaccinated and continue masking until they are fully vaccinated. With the Delta variant, this is more urgent than ever. The highest spread of cases and severe outcomes is happening in places with low vaccination rates and among unvaccinated people,” added the CDC guidelines.

CRUZ ON HANNITY: Alan Dershowitz Made a ‘Clear and Compelling Constitutional Argument’ Against Impeachment

“I think Professor Dershowitz’ argument was powerful, it was compelling, that the Constitution requires high-crimes or misdemeanors, and the House Democrats haven’t alleged any crime whatsoever,” said Cruz.

“Let me boil this down to one point… Quid Pro Quo doesn’t matter, it’s a red-herring. The reason is that a President is always justified, and has a responsibility, to investigate credible evidence of corruption,” he added.

Watch Sen. Cruz on ‘Hannity’ above.

CRUZ ON HANNITY: Democrats are Totally ‘Out of Touch’ with the American People on Border Security

“I think this trip was very valuable. I was pleased to come down with the President and meet with Border Patrol and also meet with victims… There are real human tragedies,” said Cruz.

“When you see Chuck Schumer and the Democrats force a government shutdown because they are so adamantly opposed to securing the border, that’s really out of touch and it’s not with the American people,” he added.

Watch Sen. Cruz on ‘Hannity’ above.

WHAT? Biden Says He Won’t Sanction China Because They’re Only ‘Protecting’ the Hackers

‘CELEBRATE HAVING KIDS’: With U.S. Birth Rates Down, Elon Musk Says It’s Time to Step It Up