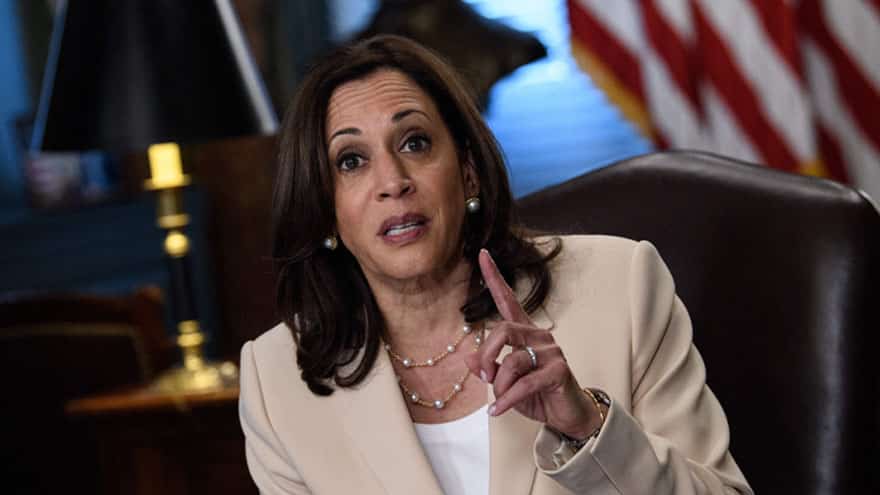 A handful of new polls is “triggering” big worries in the Democratic Party as support for Vice President Kamala Harris drops among US voters.

“In a trio of recent surveys, Harris earned a combined unfavorable rating of 46 percent, according to an aggregate average compiled by RealClearPolitics. That number is 3 points below Biden’s 43 percent in the same category,” reports The Hill.

“As of right now, I think she has the potential of doing more harm than good for some of these candidates,” said one Democratic strategist. “My sense is she’ll probably raise a lot of money and maybe she’ll go to some specific districts, but they’ll have to be really strategic with her.”

“She doesn’t have the standing at this moment to go to a lot of these tighter districts,” they added.

“No one is coming out and saying she’s doing an amazing job, because the first question would be ‘On what?’” stated another insider. “She’s made a bunch of mistakes and she’s made herself a story for good and bad.”

Harris has her work cut out for her if she wants to succeed Biden.

The bad polling comes as the Vice President released an 18-page report on to best tackle the current immigration crisis in America.

“In Central America, the root causes of migration run deep—and migration from the region has a direct impact on the United States,” Harris said in a statement.

“For that reason, our nation must consistently engage with the region to address the hardships that cause people to leave Central America and come to our border,” she added.

“For decades, our nation has engaged in Central America,” Harris continued. “Often well intentioned, the engagement has often not been consistent. And over the last few years, the United States significantly pulled back from work in the region.”

“The COVID-19 pandemic and extreme weather conditions have indeed exacerbated the root causes of migration—which include corruption, violence, trafficking, and poverty. While our Administration is proud that we have sent millions of vaccine doses and hurricane relief, we know that it is not enough to alleviate suffering in the long term.

“The root causes must be addressed both in addition to relief efforts—and apart from these efforts. In everything we do, we must target our efforts in those areas of highest out-migration—and ensure that these programs meet the highest standards of accountability and effectiveness,” she added.

Read the full report at The Hill.

ANOTHER CONSPIRACY: Harris Says She ‘Does Not Trust’ the Trump Administration on ‘Issue of a Vaccine’

Vice Presidential nominee Kamala Harris doubled-down on her latest conspiracy theory regarding a potential treatment for CoVID-19; saying she “does not trust” the Trump administration “on the issue of a vaccine.”

“Let me be very clear. I do not trust Donald Trump on the issue of a vaccine. If the public health professionals tell us it’s safe, I will take the vaccine,” said Sen. Harris.

Sen. Kamala Harris: “I do not trust Donald Trump on the issue of a vaccine. If the public health professionals tell us it’s safe, I will take the vaccine.” pic.twitter.com/RN8Slgkuiv

Speaker of the House Nancy Pelosi made similar comments earlier this week after the social media platform abruptly removed a political advertisement from the Trump campaign.

“This is, on the part of Facebook, a robust unacceptable interference in the census,” Pelosi said at a press conference Thursday.

“I know the profit motive is their business model, but it should not come at the cost of counting who is in our country so that we can provide the services,” she continued. “The beautiful diversity of America is what this administration fears, they want it undercounted. They’re misrepresenting on Facebook and Facebook is saying that this misrepresentation is consistent with their policies.”

WHY NOT? Pelosi Says Dems May Need to Expand Supreme Court Because of the ‘Size of Our Country’