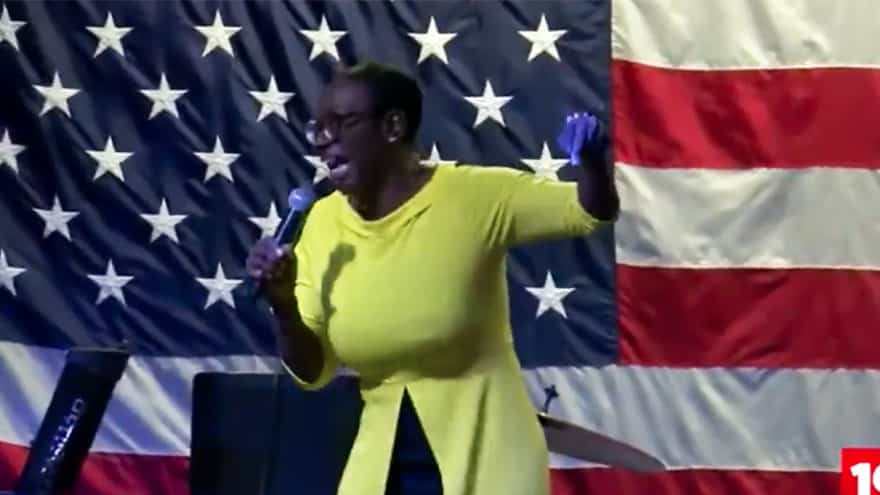 Failed Congressional Candidate and ‘Squad’ ally Nina Turner delivered a fiery concession speech Tuesday after falling to a more centrist candidate; saying she “didn’t lose this race” but rather the contest was stolen with “evil money.”

“Tonight, my friends, we have looked across the promised land. But for this campaign, on this night, we will not cross the river. Tonight, our justice journey continues!” said Turner.

“I am going to work hard to ensure that something like this doesn’t happen to another progressive candidate again. We didn’t lose this race, evil money manipulated and maligned this election,” she added.

“We didn’t lose this race, evil money manipulated and maligned this election.” pic.twitter.com/4JxmKFEP1W

A disgraceful exit. This is why Nina Turner lost.

“I am going to work hard to ensure that something like this doesn’t happen to another progressive candidate again. We didn’t lose this race, evil money manipulated and maligned this election.”pic.twitter.com/vahMyuGLMM

Nina Turner, endorsed by both Alexandria Ocasio-Cortez and Bernie Sanders, was defeated Tuesday night in Ohio to more moderate candidate Shontel Brown; raising new questions over the direction of the Democratic Party.

Brown had support from more than 50% of voters while Turner garnered 44%.

“Democratic voters like the Democratic Party. Progressives need to show that we support the Democratic Party living up to it’s true values, not trying to tear it down,” said Sean McElwee, founder of polling firm Data for Progress. “Progressives also need to invest more in block and tackle campaign infrastructure. We need to be prepared to go dollar for dollar with DMFI on the airwaves.”

The loss comes weeks after another AOC-backed candidate was defeated in New York City’s Mayoral Primary.

“The victory by Eric Adams, a former police captain, in New York City’s Democratic primary for mayor could be an indicator that the congresswoman’s sway – in her own city – is exaggerated. Fox News reached out to Ocasio-Cortez’s office about whether the results of the mayoral race could impact any future Senate plans but they did not immediately respond,” reports Fox News.

“In the first round of voting in the primary, Ocasio-Cortez endorsed progressive candidate Maya Wiley and ranked Scott Stringer as her second choice. Neither candidate even advanced to the final round, where Adams faced off against Kathryn Garcia in a close contest,” adds Fox.

Read the full report at Politico.

THE GREAT ONE: ‘Dems Have Been Pushing Racist Policies for Decades’