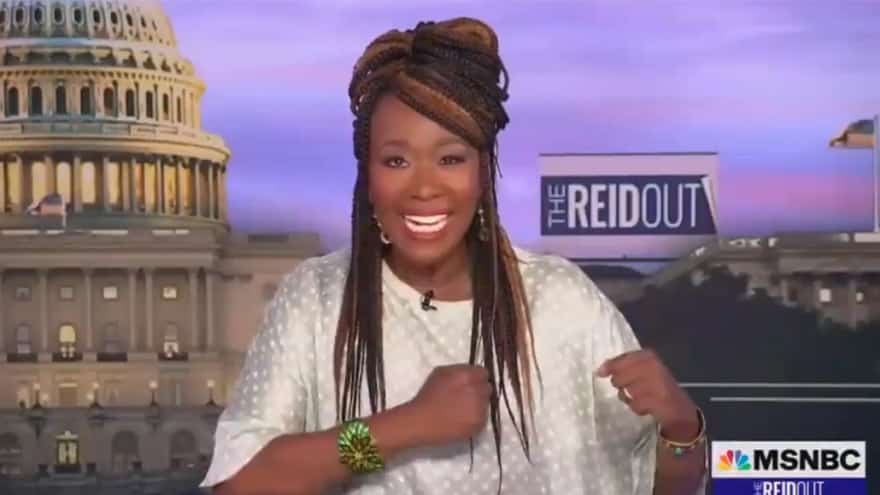 MSNBC host Joy Reid reached new lows this week when she accused Florida Governor Ron DeSantis of “killing children in his own state” and “rooting for COVID” as the country continues to grapple with the deadly Delta variant.

“Governor DeSantis and Florida’s Covid catastrophe. As the delta variant rages in the state, he refuses to budge on protecting kids, children or even allowing private business owners to protect themselves and their customers. He’s just rooting for Covid,” said Reid.

“What is the strategy behind killing children in your own state and letting children die from COVID? I cant figure it out,” she added.

Tim Miller to Joy Reid: “[W]hat is the strategy behind killing children in your own state and letting children die of Covid? I can’t figure it out.”

DeSantis is killing children: that’s your brain on MSNBC. https://t.co/zQG9p9QVZW

DeSantis directly addressed the issue of masks in public schools Wednesday, saying those types of decisions are best made by parents, not government.

“We believe this is a decision for a parent to make,” said the Governor. “We believe that the parent, rather than the government, should ultimately be able to make that decision.”

Gov. Ron DeSantis on prohibiting mask mandates in school: “We believe that the parent, rather than the government, should ultimately be able to make that decision.” pic.twitter.com/uYqLNqRZRF

The Republicans comments come just hours after Sen. Rand Paul was banned from YouTube for seven days after questioning the effectiveness of over-the-counter cloth masks.

“YouTube on Tuesday removed a video by Senator Rand Paul of Kentucky for the second time and suspended him from publishing for a week after he posted a video that disputed the effectiveness of wearing masks to limit the spread of the coronavirus,” reports the New York Times.

“We apply our policies consistently across the platform, regardless of speaker or political views, and we make exceptions for videos that have additional context such as countervailing views from local health authorities,” a representative for YouTube said in a statement.

“Most of the masks you get over the counter don’t work. They don’t prevent infection,” claimed Paul in his video, adding, “Trying to shape human behavior isn’t the same as following the actual science, which tells us that cloth masks don’t work.”

MSNBC host Joy Reid found herself -once again- the center of a growing backlash on social media Thursday after claiming the close 2020 election proves that America is “racist” and “anti-woke.”

“I think even though we intellectually understand what America is at its base, right? That there is a great amount of racism, anti-blackness, anti-wokeness, this idea that political correctness is some sort of scheme to destroy white America, right? Like, we know what this country is, but still part of you — I think part of your heart says, ‘You know what, maybe the country’s going to pay off all of this pain,’” Reid said.

“As the night went on, and I realized, and it sunk in, OK that’s not happening. We are still who we thought, unfortunately,” Reid continued. “It’s disappointing. I emerge from this disappointed.”

“Do any of you guys trust Uncle Clarence…” pic.twitter.com/a0TLxmFfPY

“If somehow they manage to stumble into the Supreme Court, do any of you guys trust Uncle Clarence and [Justice] Amy Coney Barrett and those guys to actually follow the letter of the law?

“No. I mean, it is a completely politicized Supreme Court that you can’t just trust that they’re going to do the right thing. But so far, the courts have actually been pretty good. So we’ll see,” Reid said.

REID RAGE! MSNBC Host Says ‘Zero Evidence’ that BLM Has Ever Pushed for Violence Against Police’

“That ‘Pigs in a Blanket’ line was an off-shoot, separate group of people. Nobody knows who they are! Not a single person knows who those people were!” claimed Reid.

NOT A JOKE: Psaki Says Biden Visited the Border When He ‘Drove Through It’ 13 Years Ago