PHILLY MANDATES: All City Employees Who Work Indoors Must Vax or Double-Mask 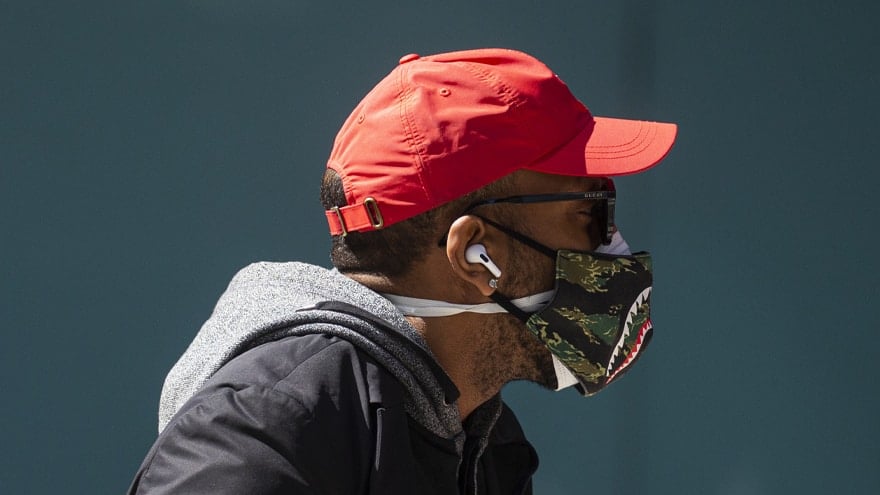 The City of Philadelphia moved Thursday to impose a series of new COVID rules as the Delta Variant spreads across the city, including mandating all un-vaccinated city employees who work indoors wear two face masks.

“Philadelphia is taking big steps to get the coronavirus pandemic under control once and for all. A new mask mandate is now in effect. The mandate went into effect at midnight Thursday,” reports CBS Philadelphia.

“We know we need to take stronger steps to protect our residents,” Mayor Jim Kenney said.

“I’m upset,” Kenney said. “This amazes me that this is the most simple thing to do to keep yourself safe and your family safe and your community safe and people still refuse to do it.”

“Starting Sept. 1, all city employees will be required to be fully vaccinated if they work inside or be double-masked,” adds CBS News.

Other Democrat-controlled cities are divided over whether to impose European-style vaccine passport systems.

Acting Boston Mayor Kim Janey -a Democrat- publicly rebuked Bill de Blasio’s vaccine passport for New Yorkers this week; comparing the issue to a time when African Slaves had to show their papers before the Civil War.

“We know that those types of things are difficult to enforce when it comes to vaccines,” Janey said Tuesday.

“There’s a long history in this country of people needing to show their papers — whether we talking about this from the standpoint of, you know, as a way to, after — during slavery, post-slavery, as recent as, you know, what the immigrant population has to go through,” she continued.

“We’ve heard Trump with the birth certificate nonsense,” she added. “Here, we want to make sure that we are not doing anything that would further create a barrier for residents of Boston or disproportionately impact BIPOC communities.”

“This is a miraculous place, literally filled with wonders,” de Blasio said of the city. “If you’re vaccinated, that’s gonna open up to you, you can open the door. If you’re unvaccinated you will not be able to participate in many things. It’s time for people to see vaccination as necessary to living a good, full, and healthy life.”

ANOTHER ONE DOWN: Philadelphia to Remove 144-Year-Old Columbus Statue Because it ‘Attracts Violence’

A 144-year-old statue commemorating explorer Christopher Columbus will be removed in Philadelphia in the coming days after critics claim the memorial “attracts violence” from protesters.

“The statue at Marconi Plaza will be placed in temporary storage, the city’s Art Commission decided Wednesday after more than a month of discussion about the fate of the statue prompted by ongoing protests surrounding the death of George Floyd in May, the Inquirer reported,” reports the Daily Caller.

Breaking:At least 2 taken into custody at Marconi Plaza in South Philadelphia. Protesters rip down an Italian flag and a police barrier as tensions rise at Christopher Columbus statue. @FOX29philly pic.twitter.com/Qrtv5xcwq5

“Marconi Plaza had reportedly become an epicenter for protests and riots, causing the city to surround the statue in plywood in June to prevent it from being vandalized, or as seen in many cities, destroyed. A police cruiser was permanently stationed at the plaza to prevent further violence after there were repeated incidents of armed groups accused of assailing passersby,” adds the website.

A handful of Philadelphia residents harassed and taunted police officers during a harrowing 8-hour long shootout Wednesday night; throwing objects at members of law enforcement as they struggled to end the stand-off.

“I mentioned this at 10 and since I was harassed during that live shot, I’ll mention it here, too,” one local reporter said on Twitter. “A major moment of disappointment this evening was watching a crowd of people taunt police officers, laughing and yelling at them in the midst of the gunfire.”

I mentioned this at 10 and since I was harassed during that live shot, I’ll mention it here too. A major moment of disappointment this evening was watching a crowd of people taunt police officers, laughing and yelling at them in the midst of the gunfire. #PhiladelphiaShooting

“I should add — 98% of people here on scene were respectful and concerned. That moment was just such a startling thing to see in the middle of something so chaotic,” she added in a later tweet.

Watch Hannity’s coverage of the event above.

CHICAGO MAYOR: ‘To Put It Simply, If You Have Been Living Vaccine-Free, Your Time is Up