UNMITIGATED DISASTER: NSA Admits ‘Fair Amount’ of US Equipment Now in the Hands of the Taliban 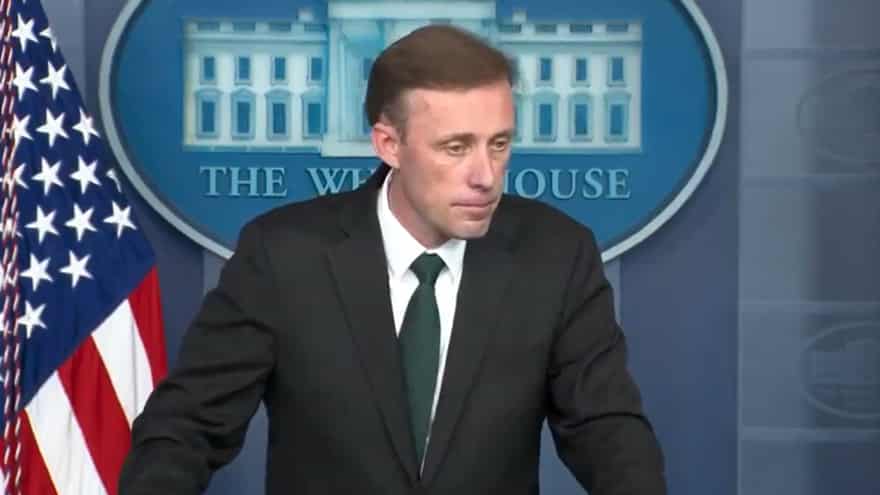 posted by Hannity Staff – 6 hours ago

“The president did not think it was inevitable that the Taliban were going to take control of Afghanistan,” Sullivan told ABC News. “He thought the Afghan national security forces could step up and fight because we spent 20 years, tens of billions of dollars, training them, giving them the best equipment, giving them support of U.S. forces for 20 years.”

“When push came to shove, they decided not to step up and fight for their country,” Sullivan added.

Scenes of panic and chaos played out at the airport in Kabul as crowds of people desperate to escape Afghanistan rushed onto the tarmac.

Some clung to the sides of planes, even as one taxied down the runway, in a bid to flee the Taliban.https://t.co/pAgoGW7tos pic.twitter.com/4YGQd2iEzk

“We planned for a wide range of contingencies, one of those was the need to flow in a substantial number of forces to secure the airport and be able to facilitate that evacuation,” Sullivan explained. “We have now successfully drawn down the U.S. embassy in Kabul. We have moved all of those personnel either to the airport or out of the country. And we flowed in several thousand troops who had been prepositioned in theater for precisely this purpose.”

BREAKING: Seven people are dead amid the chaos at the Kabul airport, including some who fell from a departing American military transport jet, senior U.S. military officials say. https://t.co/2JPKZXpx4n

“We are working to do that, first, by securing the airport today and then in the days ahead, by taking people out one flight a time, flight after flight,” Sullivan said. “We fully intend to continue an evacuation process to bring out people who worked alongside of us in Afghanistan.”

LIFE, LIBERTY & LEVIN: ‘We Have a Damn Fool in the White House,’ ‘A Disgrace and a Disaster’