BIDEN at the WHITE HOUSE: ‘I’m Supposed to Stop and Walk Out of the Room’ 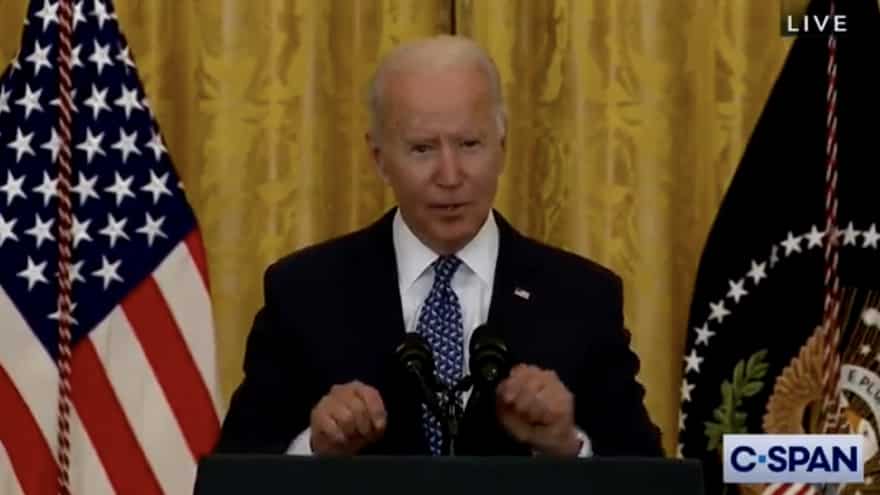 Joe Biden addressed a room of supporters at the White House this week when he abruptly concluded his remarks, telling the audience “I’m supposed to stop and walk out of the room here.”

“So folks, you do it all, I’m sorry to go on so long. I can’t thank you enough for all you’ve done for the country, and what you’ve done for me over my career. You’ve educated me, you’ve brought me along, you’ve always been there,” said Biden.

His comments are the latest in a series of gaffes from the President, including remarks made yesterday that called for bold action against climate change by the year 2020.

“We are determined we are going to deal with climate change and have zero emissions, net emissions by 2050, by 2020 make sure all our electricity is zero emissions. We’re going to be able to do these things, but we’ve got to move!” said Biden.

Joe Biden vows to “make sure all of our electricity is zero emissions…” by 2020? pic.twitter.com/IidKHfa4rt

MTG: ‘I Just Filed Articles of Impeachment Against Merrick Garland’

JOE BIDEN to AMERICA: ‘Ever Think You’d Be Paying This Much for a Gallon of Gas?’

BIDEN on COVID TESTING: ‘What Took So Long Is It Didn’t Take Long At All’