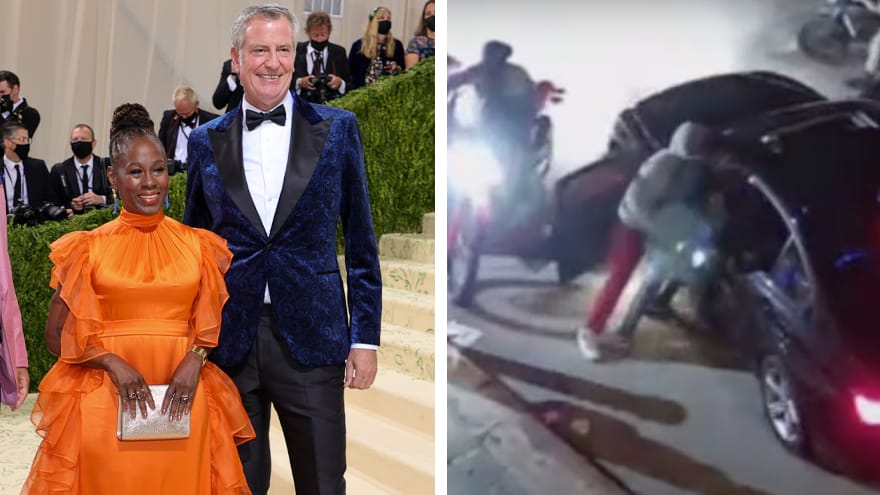 “While de Blasio has previously called the Met gala ‘not my cup of tea,’ it may well have been the return-to-normal that this year’s gala represented that compelled him. De Blasio and his family’s ensembles were clearly chosen with an eye toward New York pride, with the mayor wearing a suit by Brooklyn designer Dreu Beckemberg and McCray also embracing the borough in a Fe Noel gown and Pamela Love jewelry,” added the iconic fashion magazine.

“The mayor made the decision to attend months ago in one of his hours-long economic recovery war room meetings led by Lorraine Grillo. He wanted to highlight a local designer who had been able to make it through the pandemic,” spokesperson Bill Neidhardt told Politico, adding, “It’s a notable way to grab people’s attention and highlight the return of the city’s fashion industry jobs.”

Read the full report at Vogue.

BRAWL FOR THE WALL: Trump Says if Elected, He’s Finishing Wall, ’Would Send a Big Signal’