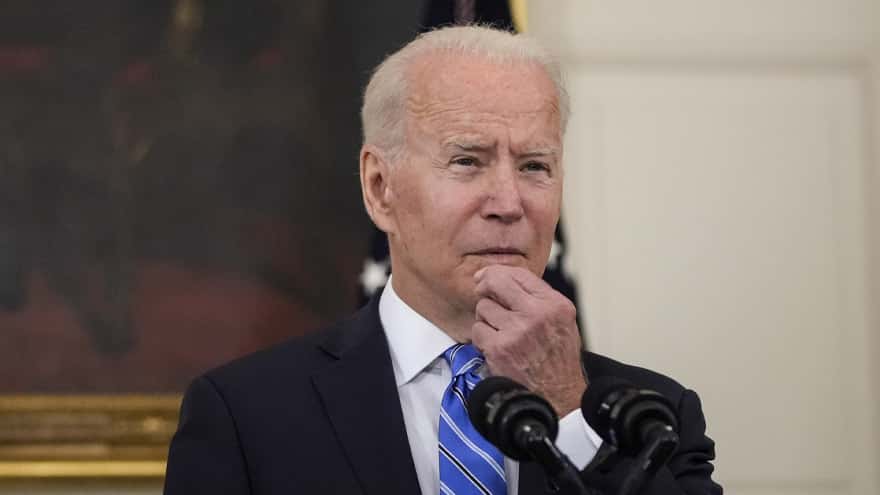 Quinnipiac University Polling Analyst Tim Malloy said, “If there ever was a honeymoon for President Biden, it is clearly over. This is, with few exceptions, a poll full of troubling negatives…from overall job approval, to foreign policy, to the economy.”

The newest Quinnipiac Poll suggests things are not looking so hot for President Joe Biden. His approval rating is down, as is confidence in his ability to handle the job. “This is the first time Biden’s job approval has dropped into the negative territory since taking office” with a current 42 percent approving and 50 percent disapproving.

Those polled were asked specifically about Biden with regard to Afghanistan. 54 percent say they approve of President Biden’s decision to withdraw all U.S. troops from Afghanistan to 41 percent.

While nearly 7 in 10 Americans (69 to 24 percent) say ending the war in Afghanistan was the right thing to do, “Americans gave Biden a negative 31 – 65 percent score for the way he handled withdrawing all U.S. troops from Afghanistan.” Finally, more than 6 in 10 Americans (62 – 28 percent) believe American troops will have to return in order to fight terrorism.

Congress was not immune to the scrutiny, with both Republicans and Democrats receiving their lowest approval ratings since February 2021. Republicans received a negative 23 – 65 percent rating, and Democrats were in the negative mark at 37 – 53 percent.

BIDEN 2007: If You Leave ‘Billions of Dollars of Weapons’ in Middle East, They’ll Be Used Against America’s Grandkids