THIS IS REAL: San Fran Mayor Says She Violated the Mask Mandate Because She Was ‘Having a Good Time’ 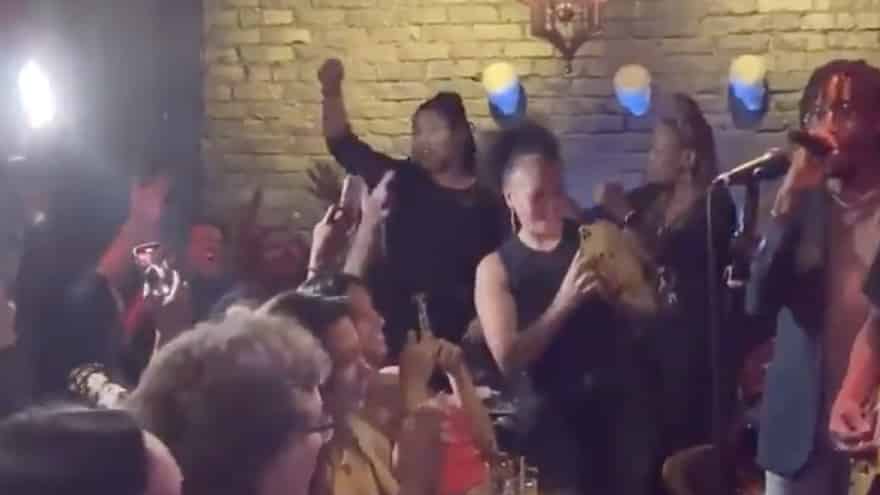 “While I’m eating and drinking I’m going to keep my mask off,” Breed told reporters after the pictures went viral on social media. “And yes, in the time while we’re drinking like everyone else there, we were all having a good time and again all vaccinated.”

“The fact that this is even a story is sad,” she said.

“My drink was sitting at the table. I got up and started dancing because I was feeling the spirit and I wasn’t thinking about a mask,” Breed explained. “I was thinking about having a good time and in the process I was following the health orders.”

Breed added, she and fellow club-goers “don’t need the fun police to come in and micromanage and tell us what we should or shouldn’t be doing.”

“She’s been very clear that everybody needs to do their part, we’re not out of the woods. San Francisco’s rules have been very restrictive, and I don’t see her playing her part in that photo,” said Danielle Rabkin, Crossfit Golden Gate Gym owner, according to NBC Bay Area.

Do any Democrats actually obey their own mask mandates?https://t.co/4kDMIa6l6C pic.twitter.com/lqsWiVvZjA

I chose to go to @sfblackcat last night for my first indoor concert since the pandemic … and this happened ???? pic.twitter.com/x68lRya0Wh

“I chose to go to @sfblackcat last night for my first indoor concert since the pandemic … and this happened,” posted a reporter with the San Francisco Chronicle.

San Francisco’s mask mandate clearly states, “ “Everyone, including people who are fully vaccinated, must wear a well-fitted mask in indoor public settings at all times,” and adds, “people may remove their well-fitted mask while actively eating or drinking.”

“She clearly feels like it’s fine and safe to remove her mask then let that be the rule for everybody,” the gym owner added. “You’re not impervious to COVID any more than I am, so let the rules for you be the same as the rules for me.”

‘WE WILL BE IMPEACHING THIS TYRANT’: Boebert Blasts Mayorkas, Readies Bill to Defund Disinfo Board