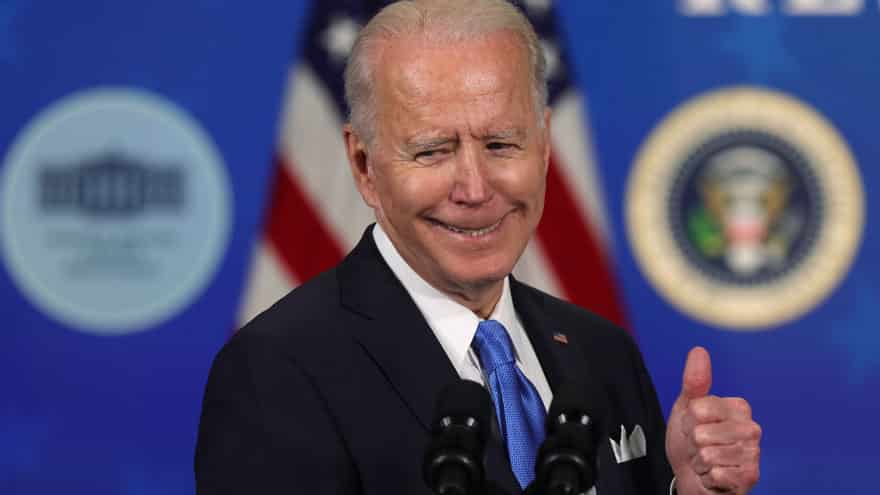 A new report from the Congressional Research Service claims President Biden may owe upwards of $500,000 to the IRS.

“President Biden may have improperly avoided paying Medicare taxes before he took office and could owe the IRS up to $500,000, according to a Congressional Research Service report,” reports Fox News.

“Joe Biden wants to raise taxes by $2.1 trillion while claiming the rich need to pay their ‘fair share.’ But in 2017, multi-millionaire Joe Biden skirted his payroll taxes — the very taxes that fund Medicare and Obamacare,” said Rep. Jim Banks, who chairs the conservative Republican Study Committee.

Government report indicates Biden could owe as much as $500K in back taxes https://t.co/1eM9K2wbsy pic.twitter.com/d0NNY4Xpwx

“Banks said the report indicated that Biden improperly used ‘S corporations’ while he and first lady Jill Biden raked in over $13 million on speaking fees and book sales in 2017 and 2018, but counted less than $800,000 of it as a salary that could be taxed for Medicare,” adds Fox.

Biden may owe up to $500k in back taxes, report says https://t.co/nBKlCo8oCS

“As demonstrated by their effective federal tax rate in 2017 and 2018—which exceeded 33%—the Bidens are committed to ensuring that all Americans pay their fair share,” the Biden campaign said in a statement at the time.

‘HE WAS THE BEST’: Congressman Issa Reacts to the Death of Legendary Broadcaster Rush Limbaugh

WATCH: New Yorkers SHOCKED to Learn THE TRUTH About Tax Rates In America