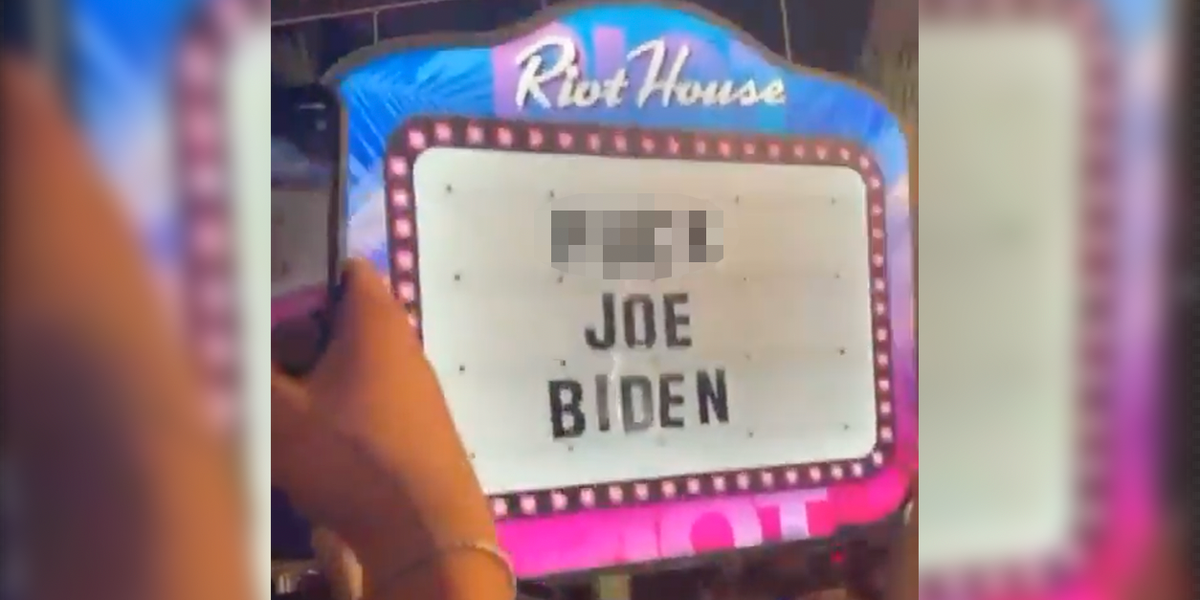 Joe Biden had a busy week of avoiding questions, lying about horses, and being a puddingheaded boob. If the most popular president ever thought the “F*ck Joe Biden” movement was going to die down, he is as wrong about that as he was about Afghanistan. Or that fart that fooled him before speaking to the Australian Prime Minister.

I’m not one for hyperbole, but the “F*ck Joe Biden” movement might be the most important rebellion since the American Revolution. But first, someone lay down a dope beat.

The biggest reason why Joe Biden can fornicate himself with a wire brush this week involves the border. Liberal activists and the mainstream media (I repeat myself) concocted fake news about a border patrol agent and horse reigns. Biden avoided questions for as long as he could. Then he decided the fake news helps his agenda and threw the border patrol agents under the bus.

The people responsible for thirteen service members being killed in Kabul? Meh. The people who, in retaliation for that, accidentally killed seven children? Double Meh. LEOs who happened to be working the wrong shift when a photographer took a picture that activists took out of context? One that the photographer says is NOT what the activists say it is? Now all of a sudden Biden is concerned about accountability. Just not his.

So #FJB starts on the way to the game. Hello, Wisconsin!

It continues at the game.

#FJB even pops off at the club after.

Another week of our best and brightest exercising their first amendment. Because remember friends, dissent is the highest form of patriotism. Though there is one unanswered question. You’ve no doubt see memes like this floating around the interwebs:

What would you say the odds are that a version of this conversation has actually happened? I’d say they’re even. Knowing Joe Biden as well as we do, I can easily see him walking into Secretary Antony “Hey” Blinken’s office. Showing him the #FJB tweets. Bragging about how “the old man’s still got it.” Then asking “Hey” Blinken to pull his finger.


Seth Meyers vs Crowder! A Side By Side Comparison… | Louder With Crowder

From Your Site Articles

The Edinburg, TX PA Who Dropped Some Knowledge on His School Board Now Exposes the Biden Border Grift

LOL! National Park Removes “Glaciers Will Be Gone by 2020” Signs

‘F— Them’: Tucker Carlson Goes off on the ADL After They Demand He Be Fired