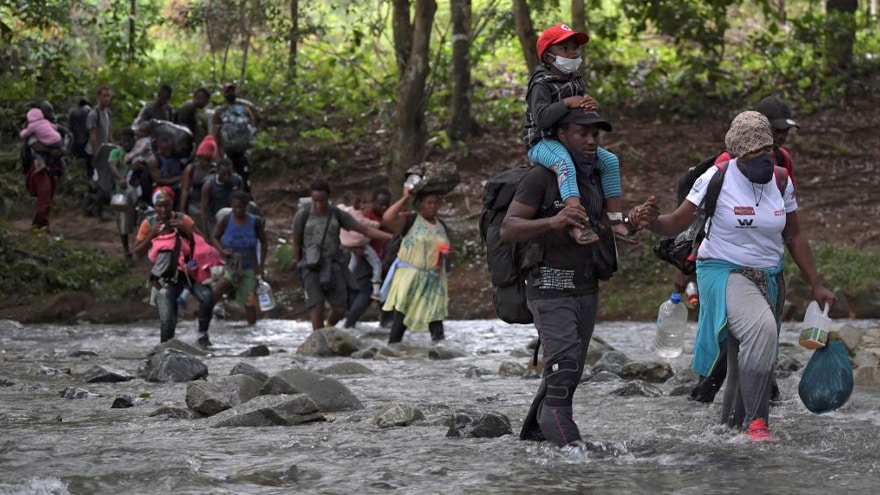 Former Presidential Candidate Tulsi Gabbard called-out the Biden administration Wednesday night, saying the current crisis spiraling out of control along the US-Mexico is a direct result of the President’s policies.

“Joe Biden and Kamala Harris, the humanitarian and national security crisis on the southern border is the direct result of your open-border policy. As I said in my 2020 presidential campaign, we can’t have a secure nation if we don’t secure our borders,” posted Gabbard on Twitter.

.@JoeBiden @KamalaHarris, the humanitarian and national security crisis on the southern border is the direct result of your open-border policy. As I said in my 2020 presidential campaign, we can’t have a secure nation if we don’t secure our borders.

Congresswoman Maxine Waters raised eyebrows among millions of Americans this week when she blamed Donald Trump for the current border crisis and claimed the situation in Texas is now “worse than slavery.”

“Haitians fleeing violence & the lack of a credible government in Haiti are being treated like animals. U.S. government cowboys on horses used whips on Haitians as they sought refuge. Why are we following the Trump policies? This horrendous treatment of Haitians must STOP NOW,” posted Waters on Twitter.

posted by Hannity Staff – 3 hours ago

Department of Homeland Security Secretary Alejandro Mayorkas told Fox News Sunday at least 12,000 Haitian migrants have been released into the United States after entering the country near Del Rio, Texas.

“We have enforcement guidelines in place that provide the individuals who are recent border crossers who do not show up for their hearings are enforcement priorities and will be removed,” Mayorkas added.

“It is the policy of this administration: we do not agree with the building of the wall,” the DHS Chief said. “The law provides that individuals can make a claim for humanitarian relief. That is actually one of our proudest traditions.”