THERE IT IS: Psaki Blames TRUMP After Generals Say They Told Biden to Keep 2500 Troops in Afghanistan 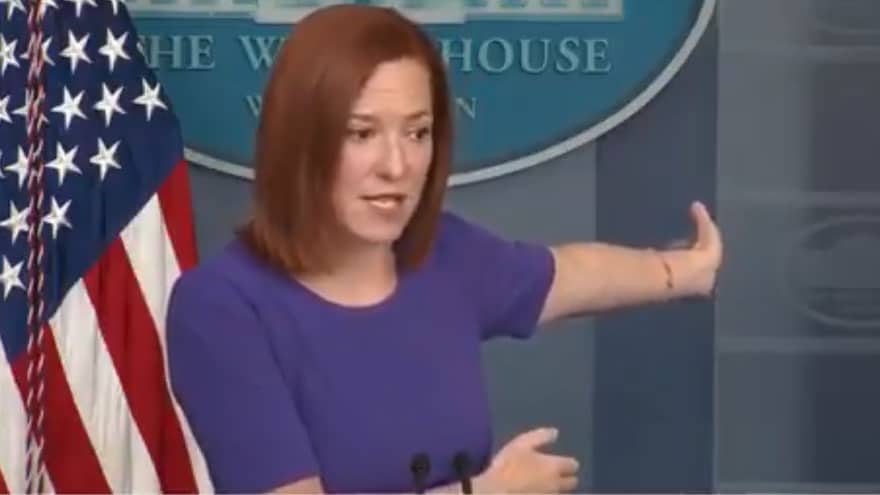 “As @POTUS told ABC, ending the war in Afghanistan was in our national interest. He said advice was split, but consensus of top military advisors was 2500 troops staying meant escalation due to deal by the previous admin. @SecDef, the Chairman, and GEN McKenzie all reiterated,” posted Psaki on Twitter following the testimony.

As @POTUS told ABC, ending the war in Afghanistan was in our national interest. He said advice was split, but consensus of top military advisors was 2500 troops staying meant escalation due to deal by the previous admin. @SecDef, the Chairman, and GEN McKenzie all reiterated.

McKenzie and Milley both testified that they recommended maintaining a presence of U.S. forces in Afghanistan.

“I won’t share my personal recommendation to the president, but I will give you my personal assessment,” Milley testified. “My assessment was we should keep a steady state of 2500 troops.”

“I also have a view that the withdrawal of those forces would lead inevitably to the collapse of the Afghan military forces and eventually the Afghan government,” McKenzie testified.

COMRADE BERNIE: Sanders Blames US Policies, Embargo for Plight of the Cuban People

YOU CAN’T ALWAYS GET WHAT YOU WANT: Mick Jagger Positive for COVID, Stones Cancel Shows