THAT’S THE PLAN? Elizabeth Warren on Massive Gov Spending, ‘The Money is Out There’ 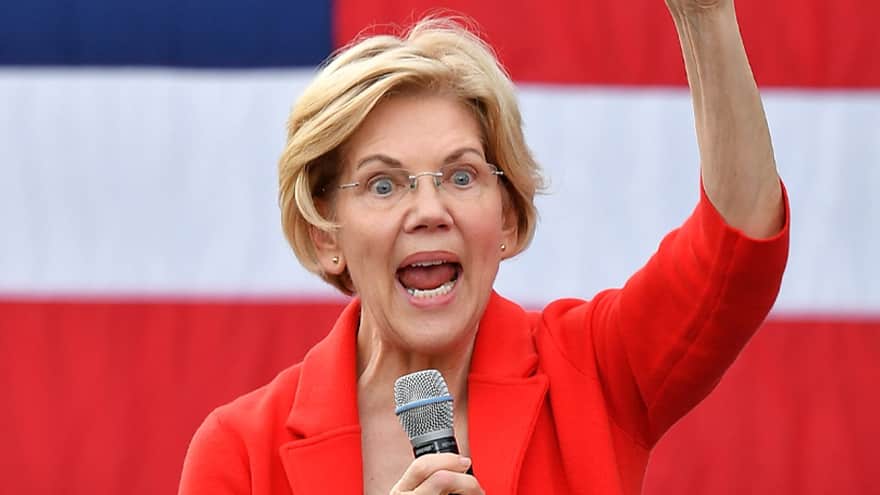 Senator Elizabeth Warren doubled-down on her far-left demands this week when she flat-out insisted “the money is out there” to finance trillions on new spending proposals like free childcare, college tuition, and more.

“We don’t need to pinch pennies on investing in a future for all of our kids. The money is out there. With a #WealthTax on fortunes above $50 million, a #RealCorporateProfitsTax, and a crackdown on wealthy tax cheats, we’d raise about $6 trillion from a thin slice at the top,” posted Warren on Twitter.

We don’t need to pinch pennies on investing in a future for all of our kids. The money is out there. With a #WealthTax on fortunes above $50 million, a #RealCorporateProfitsTax, and a crackdown on wealthy tax cheats, we’d raise about $6 trillion from a thin slice at the top.

DeSANTIS DEFIANT: ‘We Rejected the Elites and We Were Right’

EX-DISNEY EXEC ADMITS SCREW UP: ‘They Managed to Piss Off the Left and the Right’