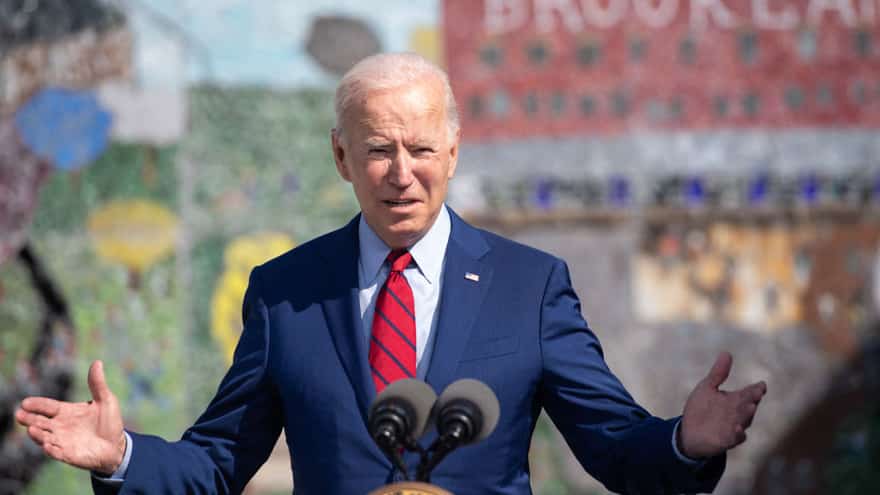 House Minority Leader Kevin McCarthy ripped his Democratic Colleagues after some legislators urged the Department of Justice to investigate parents opposed to ‘Critical Race Theory’ in public schools; saying the entire effort is a move to “silence” the opposition.

“President Biden’s latest decision is part of a disturbing trend in the Democrat Party to silence parents,” McCarthy said on Twitter Tuesday. “We should encourage family participation in our schools, not baselessly attack opposing views because leftist groups want control over curriculums.”

“Parents have a fundamental right to be lawfully involved in their children’s education,” McCarthy said. “We should encourage family participation in our school systems, not baselessly attack opposing views because some liberal education officials and special interest groups see it as a threat to the power they want to have over what children learn in America’s classrooms.”

President Biden’s latest decision is part of a disturbing trend in the Democrat Party to silence parents.

We should encourage family participation in our schools, not baselessly attack opposing views because leftist groups want control over curriculums.https://t.co/mxmLXrXNzA

“Threats against public servants are not only illegal, they run counter to our nation’s core values,” Attorney General Merrick Garland said of the effort in a statement Monday. “Those who dedicate their time and energy to ensuring that our children receive a proper education in a safe environment deserve to be able to do their work without fear for their safety.”

The Biden administration blamed an “error” Wednesday after promoting a radical activist group’s handbook that pushes critical race theory in schools and calls on educators to “disrupt Whiteness.”

“The Department does not endorse the recommendations of this group, nor do they reflect our policy positions,” the Department of Education (DOE) said in a statement. “It was an error in a lengthy document to include this citation.”

DOE linked to the Abolitionist Teaching Network’s “Guide for Racial Justice & Abolitionist Social and Emotional Learning” in its handbook intended as a “roadmap” for schools to reopen safely during the coronavirus pandemic.

“Abolitionist Teaching promotes justice, healing, joy, and liberation for all Black, Brown, and Indigenous folx, inclusive of all intersecting identities,” the group’s guide states. It calls on educators to “[r]emove all punitive or disciplinary practices that spirit murder Black, Brown, and Indigenous children” and to “[b]uild a school culture that engages in healing and advocacy.”

“This requires a commitment to learning from students, families, and educators who disrupt Whiteness and other forms of oppression,” it states.

The guide also claims that social and emotional learning (SEL) “can be a covert form of policing used to punish, criminalize, and control Black, Brown, and Indigenous children and communities to adhere to White norms,” and that “[m]ost SEL standards are rooted in Eurocentric norms, not to empower, love, affirm, or free Black, Brown, or Indigenous children.”

DOE’s handbook currently links to the group’s guide in a section about meeting the social, emotional, and mental health needs of students.

BEN CARSON: This is How We Stop ‘Blatantly Racist’ Critical Race Theory

Growing up poor in Detroit, if I had believed, as critical race theory (CRT) proponents claim, that my destiny was based on my race, I would not be where I am today. We cannot allow CRT to rob American children of that same hope that was instilled in me.

Recently, author and professor Ibram Kendi, creator of so-called antiracist doctrines that lie at the core of CRT, has claimed that CRT is an “imagined monster” concocted by conservatives as a scare tactic to deny talking about race. This is clearly false.

To start, it’s important to understand that the term “antiracism” as used by Kendi, which sounds non-threatening enough, does not mean what you think. Indeed, far from being antiracist, the ideology promoted by Kendi and fellow travelers is anything but. It redefines reality to assign guilt and blame based solely on race. Classifying persons in such a manner is literally the definition of racism.

This type of vocabulary manipulation is part of the reason this ideology has stealthily overcome our institutions. After all, who doesn’t want to be antiracist?

Contrary to Kendi’s recent claim, CRT and so-called antiracism are very much real, and are the vanguard of a radical, revolutionary movement that seeks to overthrow the established order in every area of society, including capitalism itself.

This divisive ideology seeks to replace the traditional American value of equality of opportunity with a regime that assumes all White people are racist oppressors and labels all racial minorities as victims.

While the classical Marxism from which CRT was born focuses on class conflict, CRT substitutes class for race, wholly ignoring the demonstrated failure of Marxist ideologies – unlike the people of Cuba who are protesting against Marxist failures at this very moment.