Raheem… This is freaking hilarious…

Were it not for @SharriMarkson‘s book “What Happened in Wuhan” I would have never even known that @amymaxmen claimed I had *DOCTORED A VIDEO* to place her in the frame.

I want to be clear, I had no idea who she is, but this is fucking hilarious and I am awaiting an apology. pic.twitter.com/zxMAhaEblC

Raheem gets the last laugh on Lefty liar Amy Maxmen.

The screenshots explain exactly what occurred. 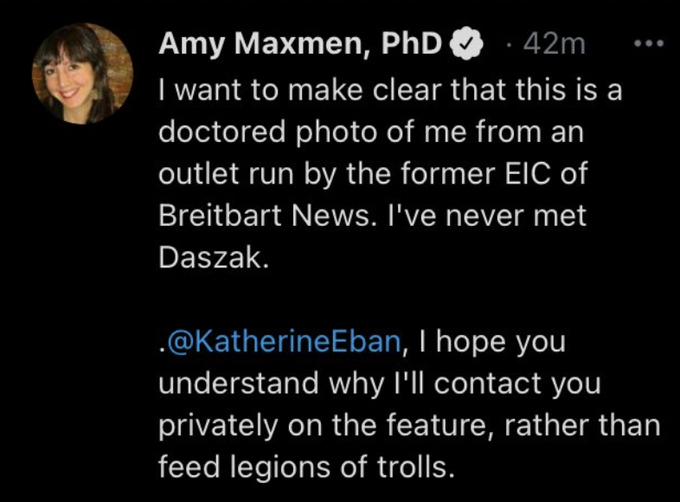 Yet there she was with Peter Daszak despite her statement otherwise 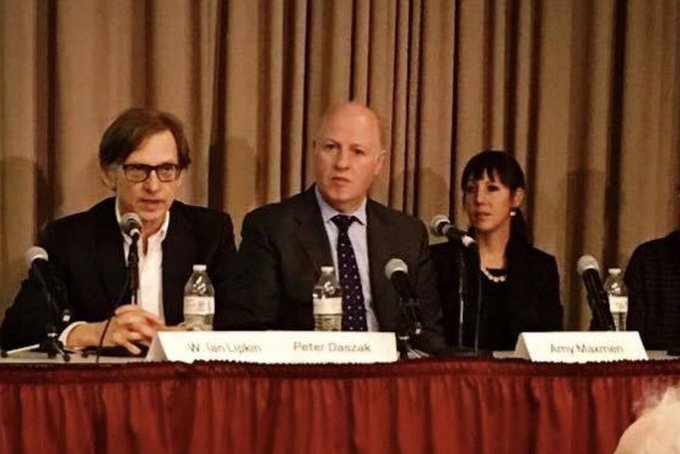 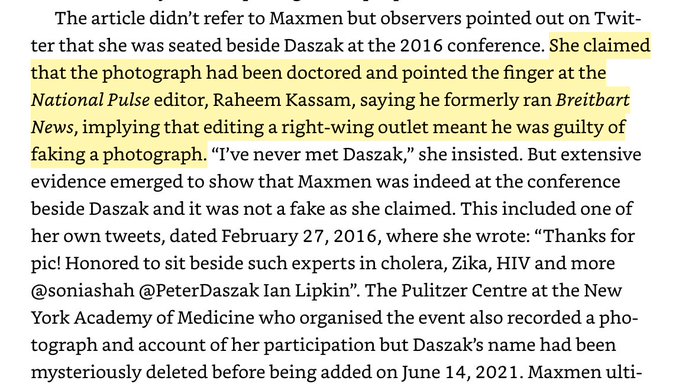 I’ve never seen so much anger…