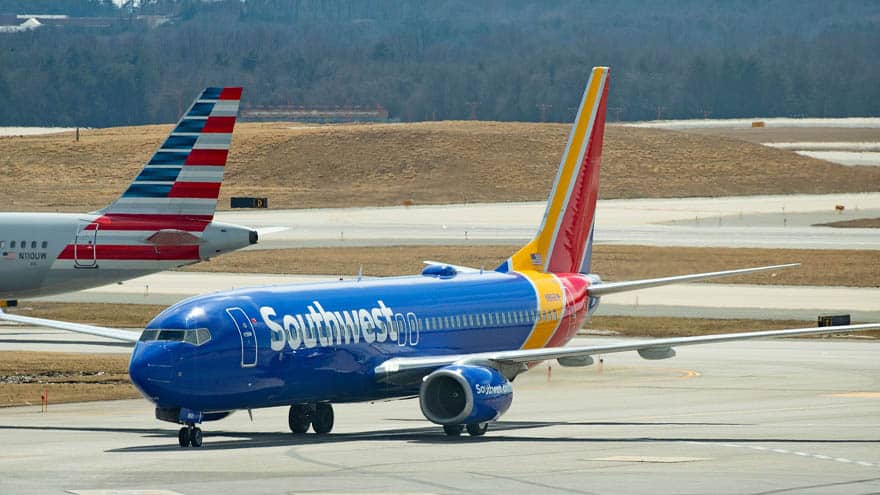 The airline has blamed the cancellations on “disruptive weather” and air traffic control issues. Some Twitter users were suspicious of the timing of the disruption, including the Texas Republican.

The airline announced last week that—due to the new rules from the Biden administration—its workers must be vaccinated against COVID-19 and have until Dec. 8 to be fully vaccinated. Workers are allowed to seek medical or religious exemptions.

Southwest said it has to mandate vaccines because of new rules from the Biden administration requiring companies with federal contracts to have vaccinated staffs. Southwest’s work for the government includes flying the military in emergencies and carrying mail for the U.S. Postal Service.

Last week, rivals American Airlines, Alaska Airlines and JetBlue told their staff they need to be vaccinated. United Airlines, in August, was the first major airline to do so and has since said that more than 97% of its workers have been vaccinated. United also said it would put staff who couldn’t get the shots due to medical or religious reasons on unpaid leave until COVID-19 rates go down.

The Southwest Airlines Pilots Association on Friday challenged the company’s mandate inside a Dallas federal court, claiming the policy “unlawfully imposes new conditions of employment and the new policy threatens termination of any pilot not fully vaccinated by December 8, 2021,” according to Bloomberg.

President Biden suspended the Keystone Pipeline through an Executive Order the first day he entered the Oval Office, prompting outrage from energy workers across the United States.

AWKWARD: Kamala Harris Says ‘In a Moment!’ When Announcer Tries to Rush Her from the Podium