Cher filed the lawsuit Wednesday in Los Angeles against former Rep. Bono, claiming the widow is illegally withholding royalties from hits like “I Got You Babe” and “The Beat Goes On,” according to a report by ABC 7. The lawsuit seeks at least $1 million in damages.

The lawsuit says that after Cher and Sonny divorced in 1975, they agreed to split the revenue from the songs they recorded together as a duo.

But the pop star’s attorneys say that in recent years, Sonny’s widow, Mary Bono, “has undone” Cher’s ownership of those rights and royalties. It remains unclear, however, how exactly Mary Bono has allegedly done this.

Cher and Sonny got married in 1964, and eventually began performing together under the name “Sonny & Cher.” The couple had also starred in the 1971-74 CBS variety show, The Sonny & Cher Comedy Hour. 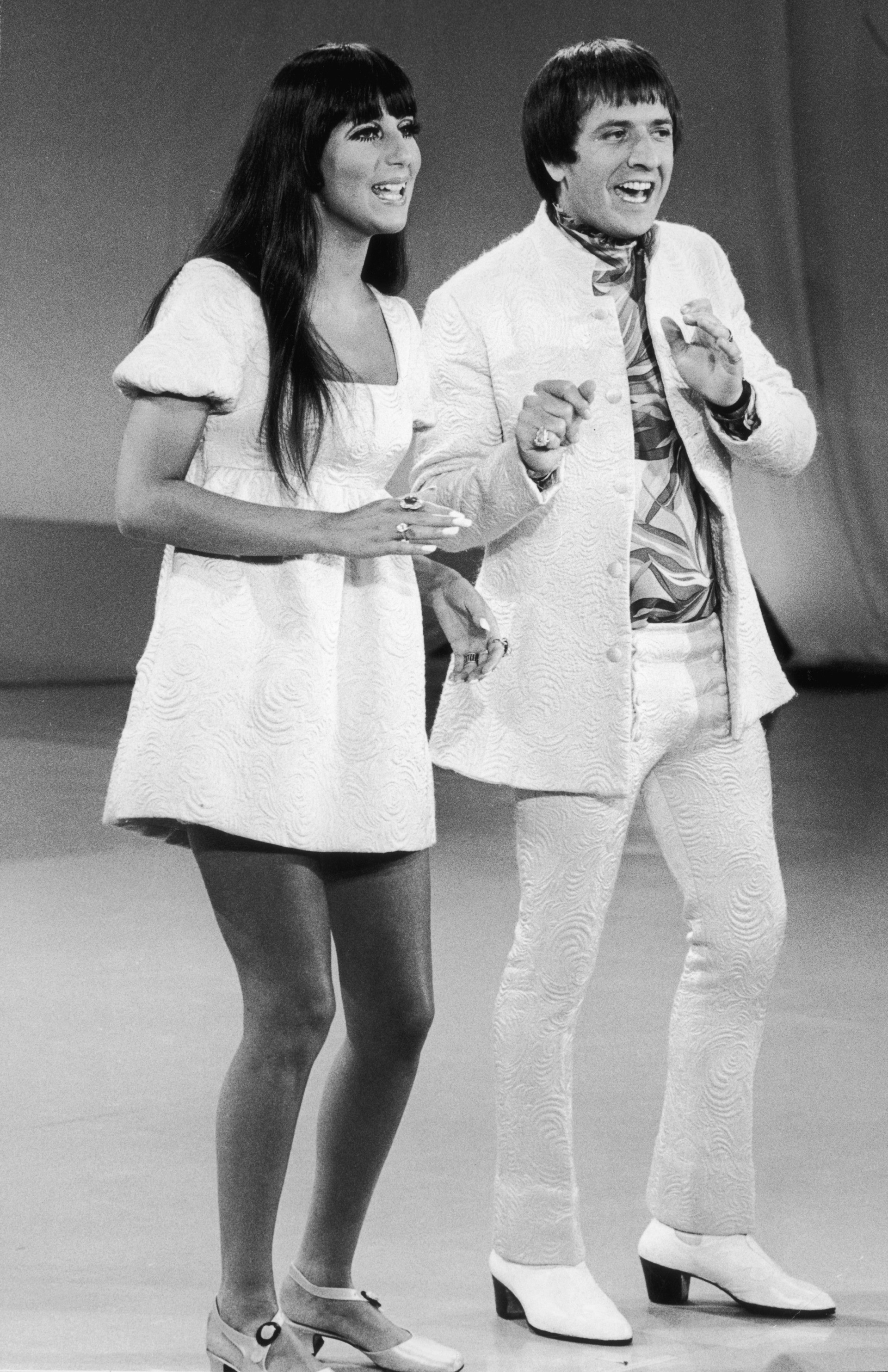 circa 1965: Full-length image of married American singers Cher (left) and Sonny Bono (1935 – 1998) of the pop duo Sonny and Cher performing on ‘The Carol Burnett Show’. (Photo by Hulton Archive/Getty Images)

After their divorce, Cher continued on with her music career, while Sonny became a Republican politician in California.

At the time of his death, Sonny was married to Mary Bono, who became his successor, and served as a representative until 2013.

While Cher never got involved in politics in the same way her late ex-husband or his widow has, it hasn’t stopped her from continuously ranting about it — many times via all-caps meltdowns on social media.

Last month, Cher — who campaigned for Joe Biden in 2020 — compared the Republican Party to Hitler, and claimed the GOP will “destroy democracy & America from within,” just as “Hitler destroyed Germany from within.”

I??????4??,4 THE RIGHTS OF”ALL”CITIZENS 2 VOTE,& HAVE THEIR VOTES COUNT‼️I Can’t Believe Im Having 2 Say This.I Pray WeGop…,Because,Like Hitler Destroyed Germany From Within,So Will Gop Destroy Democracy,& America From Within.
ps I Pray Boosters Are a Lifeline

The pop star has also downplayed the oppression of women in Middle Eastern countries by comparing it to the life-saving law enacted in the Lone Star State.