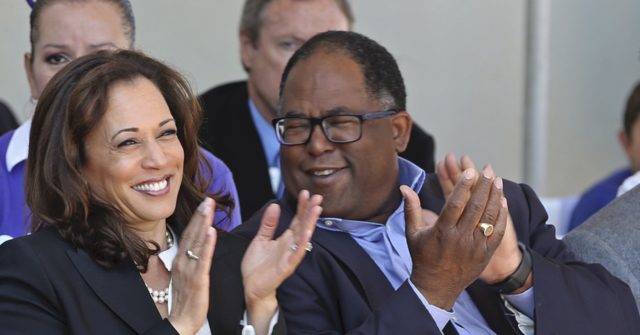 The U.S. Attorney’s office stated in a press release:

Longtime politician Mark Ridley-Thomas and the former dean of the School of Social Work at a university in Southern California were indicted today on federal corruption charges that allege a bribery scheme in which a Ridley-Thomas relative received substantial benefits from the university in exchange for Ridley-Thomas supporting county contracts and lucrative contract amendments with the university while he served on the Los Angeles County Board of Supervisors.

The 20-count indictment alleges that Ridley-Thomas, now a member of the Los Angeles City Council, conspired with Marilyn Louise Flynn, formerly a tenured professor and the dean of the university’s School of Social Work, who agreed to provide the Ridley-Thomas relative with graduate school admission, a full-tuition scholarship, a paid professorship, and a mechanism to funnel Ridley-Thomas campaign funds through the university to a non-profit to be operated by the relative.

In exchange, the indictment alleges, Ridley-Thomas supported contracts involving the Social Work School, including contracts to provide services to the Department of Children and Family Services (DCFS) and Probation Department, as well as an amendment to a contract with the Department of Mental Health (DMH) that would bring the school millions of dollars in new revenue.

Elex Michaelson of local Fox affiliate KTTV-11 noted that Ridley-Thomas is only the latest in a bipartisan group of city council members to be indicted.

Recent members of the L.A. City Council to be indicted:

Ridley-Thomas represents the city council’s 10th district, which includes South Central L.A. He was formerly a member of the powerful Los Angeles County Board of Supervisors.