HANNITY: Joe Biden is Leading Democrats Over a Political Cliff 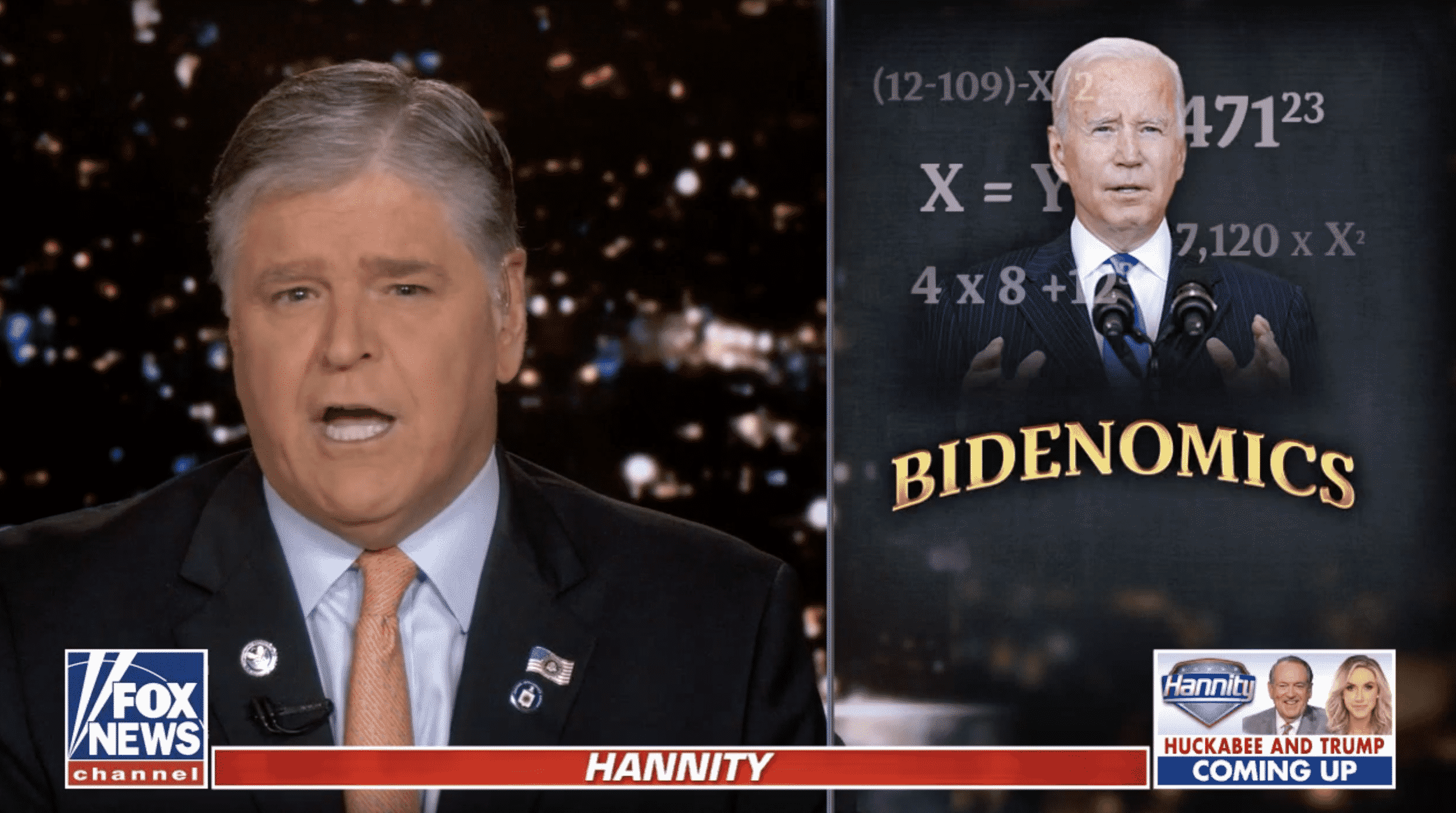 Sean Hannity issued a dire warning to Democrats heading into the 2022 midterm elections and beyond Wednesday night, saying President Joe Biden is leading his party over a “political cliff.”

“60 days since Joe Biden abandoned our fellow citizens, friends, and allies in Afghanistan. He’s not mentioning these hostages held by the Taliban,” said Hannity.

“Does he not remember 9/11? Afghanistan is only one of many self-inflicted disasters all caused by Joe Biden and all of them preventable,” he added. “We’re not at a 30-year inflation high. Inflation is over 5%.”

President Biden’s approval rating is shrinking to record lows as his administration struggles to contain crisis after crisis, with new data showing just 38% of voters back the Democrat’s performance.

“Biden’s approval rating hovered in the low to mid 50s during his first six months in the White House. But the president’s numbers started sagging in August, in the wake of Biden’s much criticized handling of the turbulent U.S. exit from Afghanistan, and following a surge in COVID cases this summer among mainly unvaccinated people due to the spread of the highly infectious delta variant, as the nation continues to combat the coronavirus, the worst pandemic to strike the globe in a century. The plunge in the president’s approval was also compounded by the latest surge of migrants trying to cross into the U.S. along the southern border with Mexico,” reports Fox News.

“Biden registers at 48%-50% approval/disapproval on handling the pandemic, according to the Quinnipiac University survey. The president is at 39%-55% on handling the economy, 37%-58% on his job as commander in chief, 34%-58% on foreign policy, and 23%-67% on dealing with the situation at the U.S.-Mexican border,” adds Fox.

Must have been a typo on the teleprompter. pic.twitter.com/45snKpw8RM

TRUMP to TIGER: ‘Get Well Soon, You Are a True Champion!’

WATCH: Fauci Refuses to Go After China for Refusing to Cooperate, Says US Shouldn’t Be ‘Accusatory’