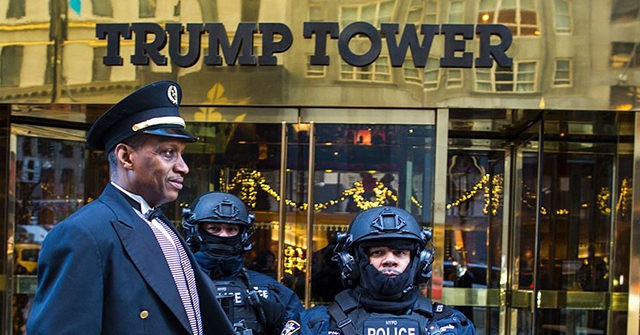 Former President Donald Trump is ordered by a New York judge to appear for a deposition in connection with a lawsuit stemming from a 2015 protest where demonstrators clashed with Trump’s security guards.

New York Supreme Court Justice Doris Gonzalez on Thursday issued an order reading, “Donald J. Trump shall appear for a deposition October 18, 2021 at 10 a.m. … or, in the event of illness or emergency, on another mutually agreed to date on or before October 31, 2021.”

The plaintiffs in the lawsuit, a group of Mexican protesters, allege Trump’s security guards violated their right to practice free speech and “violently attacked” them following a rally outside of Trump Tower in New York City in September 2015. The Hill reported that the plaintiffs also alleged one of the protesters was hit in the head after security tried confiscating a sign that read “Trump: Make American Racist Again.”

According to ABC, the former president, his campaign, his former head of security Keith Schiller, and others are named in the lawsuit.

Trump was not present at the rally when protesters clashed with security. Still, the plaintiffs argue, “the guards were his employees and that his language on the campaign trail suggested that they were allowed to forcefully oppose the protesters.”

In September 2019, Judge Gonzalez ordered Trump to answer questions in a videotaped deposition. However, the former president cited executive privilege as a reason why he could not testify.

Benjamin N. Dictor, an attorney representing the plaintiffs, said in a written statement, “I will be conducting the examination of Donald Trump under oath, at Trump Tower. We look forward to presenting the video record of his testimony to the jury at his trial.”

Joe Biden Plans Bringing 10 Times as Many Refugees to U.S. Next Year