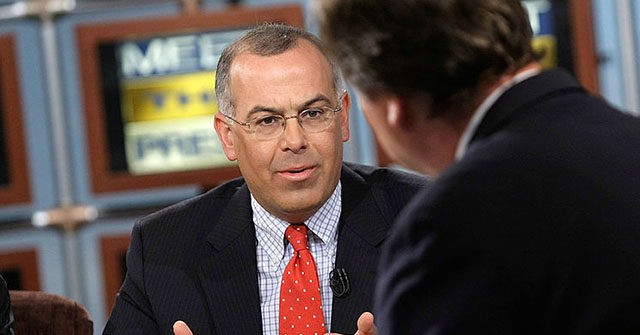 As Breitbart News noted on Wednesday:

The UK Daily Mail noted that Couric described going to Brooks for advice: “Couric called a friend, David Brooks, a New York Times journalist, who advised her that Ginsburg probably didn’t understand the question, even though she was still serving on the Supreme Court at the time.”

That provoked the ire of liberal constitutional law scholar Jonathan Turley, who wrote that Brooks’s role in Couric’s censorship was “troubling.”

Turley concluded: “Couric chose the narrative over the news. In doing so, she did a disservice to both journalism and the law. This was not “youthful folly” by Couric. It was advocacy masquerading as journalism.”

Couric was celebrated for her interview during the 2008 presidential campaign with then-Republican vice presidential nominee Gov. Sarah Palin, whom she attempted to embarrass by asking her what newspapers she read. For her efforts, Couric received a 2009 Walter Cronkite award for “Special Achievement for National Impact on the 2008 Campaign.”

Brooks, a Never Trump writer who appears frequently on Beltway panel discussions and Sunday morning news shows, too, trashed Palin, calling her a “fatal cancer” for Republicans. He has yet to explain his involvement in the Ginsburg story. Dem Rep. Ryan: State of Politics ‘Like a Banana Republic’