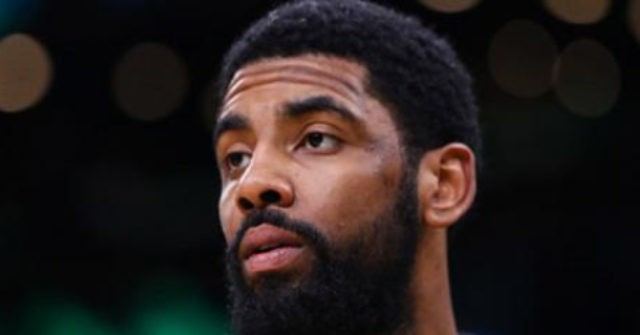 According to a report, Brooklyn Nets star Kyrie Irving does not oppose the coronavirus vaccine. He opposes mandates forcing him to take vaccines and feels that he is a voice for those who think similarly.

The Athletic’s Shams Charania reported on Tuesday that Irving had told close friends that he doe not oppose the vaccine itself. What he opposes is the tyrannical approach being taken to push them.

The Athletic adds that Irving feels he is engaging in a “grander fight” than just that over his playing status.

“To him, this is about a grander fight than the one on the court and Irving is challenging a perceived control of society and people’s livelihood,” the report says.

“Kyrie wants to be a voice for the voiceless,” a source told the Athletic.

This week, the Nets stepped up the response to Irving’s vaccine reticence. The Nets banned Irving from playing until he can prove that he has been vaccinated.

Nets General Manager Sean Marks announced on Tuesday that Irving has been suspended over his vaccine status. Irving’s “ability to be a full-time member of the team” is hampered by his refusal to take any of the vaccinations, Marks said in a statement.

Irving may feel that he is speaking up for millions of Americans who don’t have the power to have their voices heard on the issue, but he isn’t getting any support from his teammates. So far, none of his teammates have supported his position against being forced to take a vaccine and his campaign for human rights.

Biden’s Border Dishonesty Is a Matter of Life and Death