“Pete Buttigieg is completely unqualified to handle the supply chain crisis,” Cotton tweeted. “The only reason he’s the Secretary of Transportation is because he endorsed Joe Biden.”

“Even Pete knows it,” Cotton added.

The only reason he’s the Secretary of Transportation is because he endorsed Joe Biden.

Buttigieg, former mayor of South Bend, Indiana, and who received help from Domino’s Pizza to fix potholes in his city, has come under fire for being unable to handle the supply chain crisis that has left dozens of cargo ships unable to drop their freight at ports on the east and west coasts. 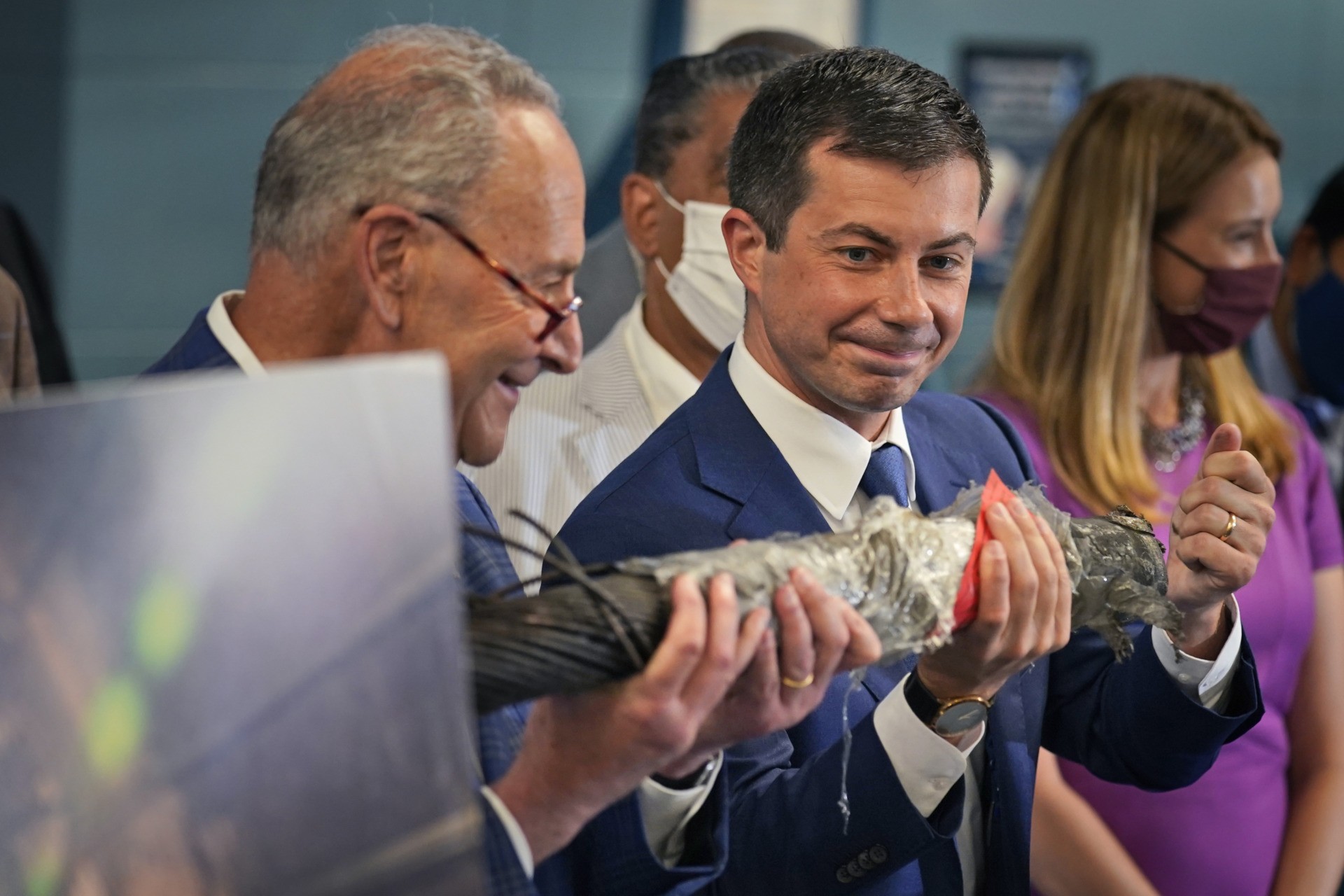 On any given day, between 50 to 90 vessels are waiting outside the port of Los Angeles and Long Beach to deliver freight. The delays are caused a lack of container and warehouse space because trucking companies are unable to find enough drivers to move the freight.

“These challenges are definitely going to continue in the months and years ahead,” Buttigieg said last week on Bloomberg. “This is one more reason why we do need to deliver this infrastructure package, so that we can have a more resilient, flexible physical infrastructure to support our supply chain in this country.”

But Buttigieg using the supply chain crisis to push through over $5 trillion worth of spending has some worried that inflation will become worse. Sen. Joe Manchin (D-WV), a senator holding up the massive tax and spending package, wrote in the Wall Street Journal in September that an “infinite supply of money” would have “negative consequences” on the economy.

“Now Democratic congressional leaders propose to pass the largest single spending bill in history with no regard to rising inflation, crippling debt or the inevitability of future crises,” Manchin continued. “Ignoring the fiscal consequences of our policy choices will create a disastrous future for the next generation of Americans.”

As opposition to the massive spending bill has created Democrat infighting, which may ultimately stall Biden’s “infrastructure” agenda, Buttigieg was questioned on MSNBC what he is immediately doing to solve the supply chain crisis.

Buttigieg’s reply seemed to be right out of a consulting guidebook, “The White House set up a task force,” he explained on October 7. Buttigieg, who worked for a consulting group named McKinsey, added just how complicated the crisis is, “Look, this is obviously an incredibly complicated situation that we’re talking about.”

“That’s why we’ve been convening all of the different players … held roundtables, bringing together everyone connected to the ports,” Buttigieg said.

Yet while Buttigieg has convened roundtables to talk about the crisis, the lack of truckers is plaguing the country’s supply chain.

Much of the challenge to find trucker drivers is due to federal and Democrat-controlled state government’s unemployment benefits, which in many cases pays truckers to sit home and collect checks instead of driving a truck.

“It’s just going to take time and getting more people in the workforce,” Goldsby added.