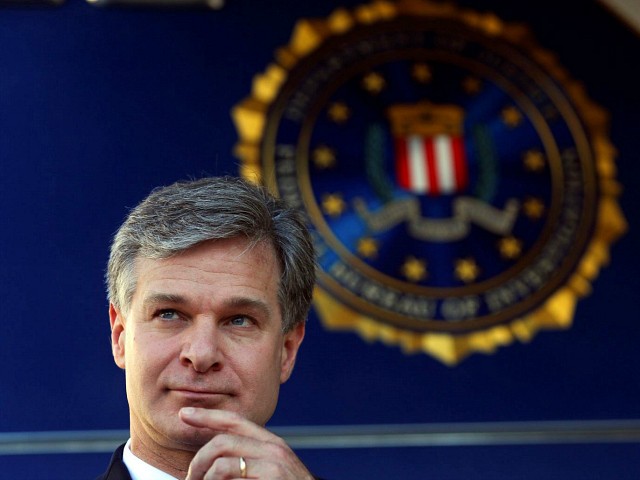 During a portion of an interview with the Fox News Channel aired on Thursday’s “Special Report,” FBI Director Christopher Wray stated that defunding the police and giving them fewer resources and staff isn’t the right solution and that doing so ultimately “just promotes lawlessness.”

Wray said, [relevant remarks begin around 1:00] “I don’t believe that giving the police less resources, less training, less people is the solution. I think that just promotes lawlessness. I think we need to be making sure that our police departments are able to recruit and hire the right people, that they’re trained in the right way.”