Florida, which came under a constant stream of criticism from corporate media outlets and blue state leaders throughout the Chinese coronavirus pandemic, is faring better than nearly every other state in the country in terms of case averages per capita, as the state’s two-week average of cases dropped by 33 percent.

According to the New York Times’ coronavirus map and case count, only two states are reporting fewer average cases per capita than the Sunshine State, which is reporting 14 per 100,000.

“This table is sorted by places with the most cases per 100,000 residents in the last seven days. Charts show change in daily averages and are each on their own scale,” the Times guide reads.

Only Louisiana and Hawaii reported lower figures per 100,000 residents — 13 and 9, respectively.

California tied with Florida at 14 per capita, but other blue states are reporting significantly higher numbers. Gov. Gretchen Whitmer’s (D) Michigan, for example, is reporting 43 cases per 100,000, and Gov. Tom Wolf’s (D) Pennsylvania is reporting 35. New York — which implemented some of the most stringent lockdowns in the country —  is reporting 23. 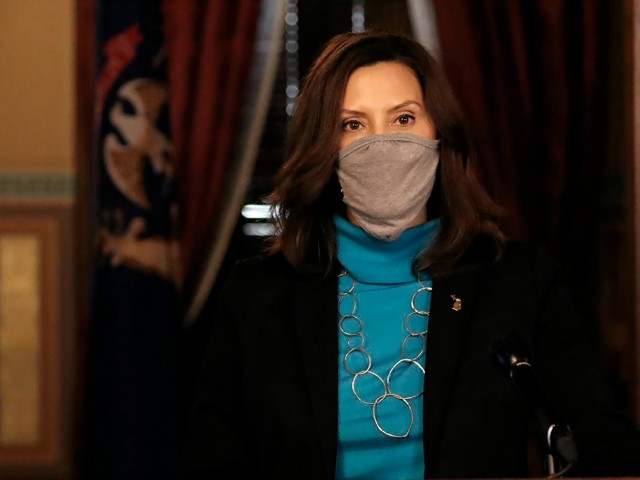 In a photo provided by the Michigan Office of the Governor, Gov. Gretchen Whitmer addresses the state during a speech in Lansing, Mich., Thursday, Nov. 12, 2020. Hospital leaders warned Thursday that more than 3,000 people are hospitalized with the coronavirus in Michigan, a rate that is doubling every two weeks and is expected to top the spring peak of about 4,000 by late this month. (Michigan Office of the Governor via AP)

Overall, Florida’s daily average of cases stood at 3,042 as of October 18. In the last 14 days, hospitalizations are down 40 percent, and deaths are down five percent.

The data comes as some blue state governors, such as Illinois Gov. J.B. Pritzker (D), reimplement mask mandates over fears of the virus’s spread. According to the Times’ data, Illinois reported 24 cases per 100,000, and despite the mask mandate, cases rose by 11 percent in the last 14 days.