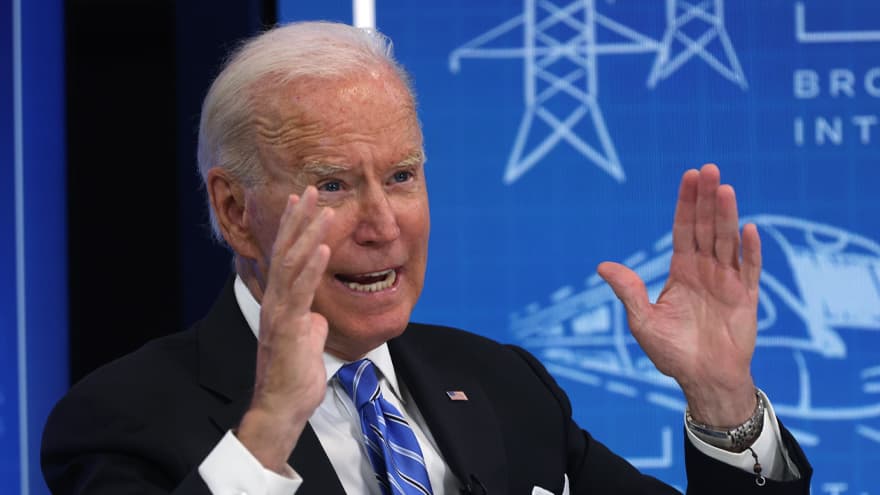 Joe Biden raised eyebrows across the country this week when CNN confirmed their televised town hall with the President will feature questions from an “invitation-only audience.”

“President Biden is set to participate in a CNN town hall in Baltimore this week where he will face questions from an ‘invitation-only audience’ — as his administration juggles uniting the Democratic Party, a worsening border crisis and supply-chain bottlenecks creating empty shelves and threatening the on-time arrival of holiday gifts,” reports the New York Post.

“Late last week, Democrats in the Senate were reportedly getting frustrated with Biden over his ongoing negotiations with Sens. Joe Machin (D-WV) and Kyrsten Sinema (D-Ariz.), which are stalling the passage of two key pieces of legislation — a bipartisan infrastructure bill and a massive spending package — that make up the core of his agenda,” adds the newspaper.

Biden faced growing criticism in recent weeks for refusing to take questions from the press after a series of addresses on the economy and COVID.

ARRESTED DEVELOPMENT: AOC Pretends to be Handcuffed at Squad Protest Outside SCOTUS

PRESIDENTIAL PLEDGE: Trump Jokingly Says ‘I Will Never, Ever Ride a Bicycle’

DeSANTIS DEFIANT: ‘No Floridian Will Be Restricted, Mandated or Locked Down in Any Possible Way’