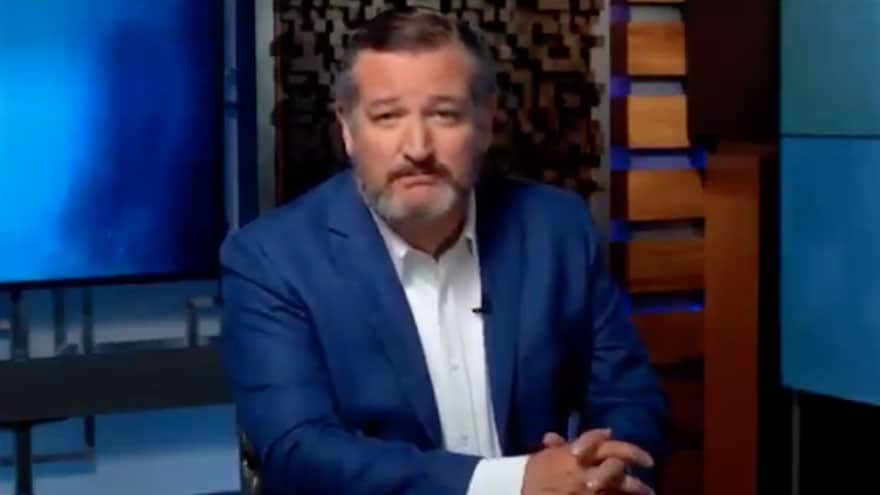 Ted Cruz introduced new legislation this would that aims to hold Democrats accountable for the chaos unfolding at the US-Mexico border.

“As Texas Border Patrol Sectors are flooded with historic numbers of illegal aliens pouring into the country, U.S. Sen. Ted Cruz (R-Texas), a member of the Senate Judiciary Committee, today introduced the Stop the SURGE Act to demand President Biden, his administration, and Congressional Democrats address the unprecedented man-made crisis on the South Texas border and their political decisions that directly created it. This legislation would establish new ports of entry in 13 communities across the country and mandate that all illegal aliens encountered at Border Patrol Sectors in Texas be transferred to these new ports for processing. The legislation would provide much needed relief to Border Patrol and local law enforcement who have been stretched beyond capacity at the Texas border, and require insulated communities to help shoulder the burdens of their preferred open-border policies,” said a statement on Cruz’ website.

“For the past ten months, President Biden and his administration have willingly surrendered the United States’ southern border to dangerous criminal cartels, with no thought given to the South Texas border communities like McAllen and Del Rio, which are running low on resources from dealing with this massive influx of illegal immigrants. That’s why today I am introducing this crucial legislation to alleviate the massive overload at the southern border by establishing new ports of entry in Democrat-led communities such as North Hero, Vermont, where Bernie Sanders spends his summers, and Martha’s Vineyard, where Democrat elites host their cocktail parties,” added the Texas Senator.

Texas Senator Ted Cruz called-out Former Deputy Attorney General Rod Rosenstein over his authorization of FISA warrants against members of the Trump campaign Wednesday; saying either he was “complicit or negligent.”

“You came into a profoundly politicized world, yet all of this was allowed to go forward under your leadership… Either you were complicit in the wrongdoing… or that the performance of your duties was grossly negligent,” said Cruz.

“Was there any more important case the Department of Justice had than an investigation into whether the President of the United States is a Russian asset colluding against the United States?” he asked.

Texas Senator Ted Cruz ripped Elizabeth Warren on social media over the weekend after the Democrat posted an unhinged rant against Republican leadership, the President, and the “last gasp of corruption.”

“This sleazy Supreme Court double-dealing is the last gasp of a corrupt Republican leadership, numb to its own hypocrisy. The last gasp of a billionaire-fueled party that’s undemocratically over-represented and desperately clinging to power in order to impose its extremist agenda,” posted Warren on Twitter.

“You know, there are decaffeinated brands on the market that are just as tasty,” joked Cruz.

You know, there are decaffeinated brands on the market that are just as tasty. https://t.co/W5r0Fzy6oK

TOP PENTAGON OFFICIAL: ISIS-K Could Attack US Homeland Within ‘Six or 12 Months’

DITCHING THE DONKEY: Musk Says ‘Democrats The Party of Division and Hate,’ Will Vote GOP