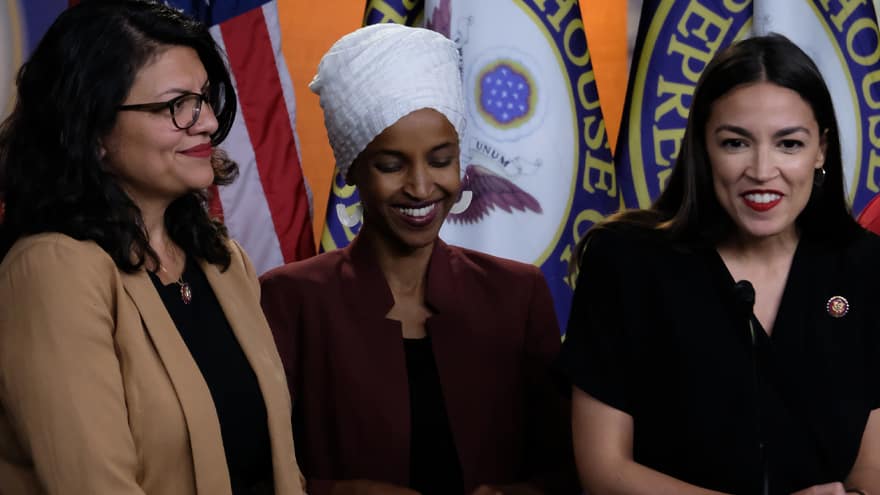 Squad-member Congresswoman Ayanna Pressley called on the federal government to “cancel” rent, home mortgages, and student debt on social media Tuesday as the country re-opens amid the Coronavirus pandemic.

Congresswoman Alexandria Ocasio-Cortez confused millions of followers on social media over the weekend; bizarrely calling for the suspension of all mortgages across America because “evictions are about power.”

“The way that Congress gave that money to these corporations was in a way that was almost, like, a down payment on a loan… What if we use that same instrument to suspend all mortgage payments in the United States?” asked Ocasio-Cortez.

“Then you can actually cancel rent! We have the plan! Evictions at their core are about power, it’s about how people use certain degrees of power over the vulnerable! We need people power!” she added.

Members of the ‘Squad’ demanded a series of far-left proposals be included in the Congressional relief package to help Coronavirus victims this week; asking for the cancellation of student debt, banning of evictions, and prohibition of “executive bonuses” in the plan.

“Any rescue package must:
1) Cancel student debt
2) Fund losses for small businesses and local governments
3) Ban evictions and foreclosures
4) Ban stock buybacks and executive bonuses
We need a groundswell of support for these critical measures!” posted Omar on social media.

“The developments of this Senate relief bill are concerning. We are hearing lots of vague statements, but not a single member of Congress has seen actual bill text. It seems to give a *HALF TRILLION DOLLARS* away to big corporations, w/ few worker protections. Half a trillion,” added Rep. Ocasio-Cortez.

Any rescue package must:

We need a groundswell of support for these critical measures!

The White House and leaders in the US Senate agreed to a $2 trillion stimulus package to help businesses impacted by the Coronavirus Wednesday; unveiling a sweeping bipartisan plan to shore-up the economy and protect American workers.

“The White House and Senate leaders of both parties announced agreement early Wednesday on an unprecedented $2 trillion emergency bill to rush sweeping aid to businesses, workers and a health care system slammed by the coronavirus pandemic,” reports the Associated Press.

“To the American people, we say, big help, quick help is on the way,” said Senate Minority Leader Chuck Schumer.

The proposal now heads to the Democrat-controlled House of Representatives.

“House Democrats will now review the final provisions and legislative text of the agreement to determine a course of action,” said Speaker Pelosi.

“After days of intense discussions, the Senate has reached a bipartisan agreement on a historic relief package for this pandemic,” said Majority Leader Mitch McConnell. “It will rush new resources onto the front lines of our nation’s health care fight. And it will inject trillions of dollars of cash into the economy as fast as possible to help Americans workers, families, small businesses and industries make it through this disruption and emerge on the other side ready to soar.”

KAMALIN’ IT QUITS? Watch Veep Dodge Question About Running With Joe in 2024

POTUS AND THE HARE: Watch The Easter Bunny Bail Biden Out of a Question on Afghanistan