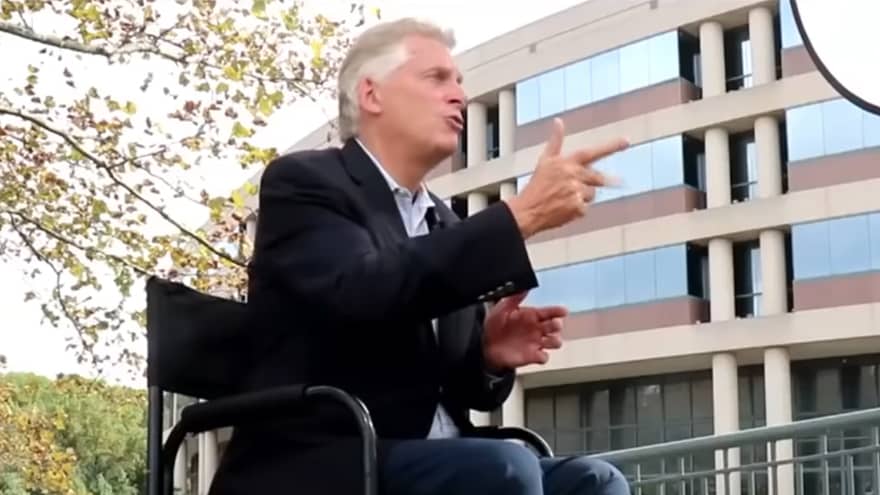 posted by Hannity Staff – 3 mins ago

Virginia Gubernatorial Candidate Terry McAuliffe stormed out of a recent interview when asked about parents role in their children’s education.

“So if you watch those entire interviews on our website, we do want to point out that the Terry McAuliffe interview is shorter than our interview with Glenn Youngkin. That was not by our doing,” the anchor told viewers during Tuesday’s evening newscast. “Nick offered both candidates 20 minutes exactly to be fair for the interviews. McAuliffe abruptly ended 7News’ interview after just 10 minutes and told Nick that he should have asked better questions and that Nick should have asked questions 7News viewers care about. That’s what he said.”

“So are you saying parents shouldn’t have a voice in their kids’ education?” asked the reporter.

“Sure, parents should have a voice. And parents do have a voice,” fired-back the candidate.

“He’s talking about issues that don’t even exist in Virginia and we’ve got to move past that,” McAuliffe said.

HANNITY TALKS LIMBAUGH’S LEGACY WITH CLAY & BUCK: ‘He was God, Family, Country —That was Rush’

‘ARE YOU OKAY?’: Biden Coughs Throughout Speech, Says He Caught a ‘Cold’ from Grandson

THE FALL OF THE HOUSE OF MOUSE: FLA House Passes Bill to End Special Status, DeSantis Set to Sign