NOT HYPERBOLE! Biden Tells Small Children He ‘Avoids’ Answering Questions from the Media 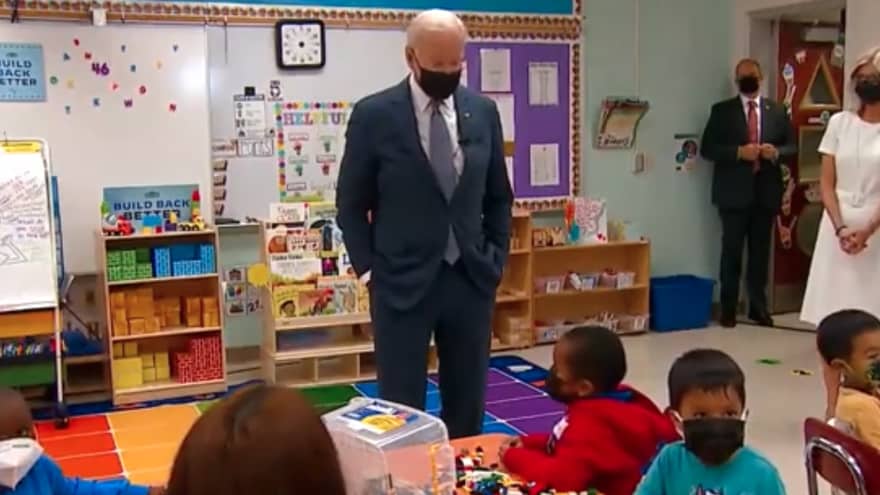 President Joe Biden spoke with small children at a New Jersey school Monday while touting his ‘Build Back Better’ program; telling the kids he actively “avoids” answering questions from the media.

“They get to ask you all kinds of questions and you try to figure out how you’re gonna avoid answering them,” said the President.

Americans continued to sour on Joe Biden’s presidency over the weekend, with a new poll from Gallup showing his approval rating falling faster than any other Commander-in-Chief since the Second World War.

Read the full poll at Gallup.