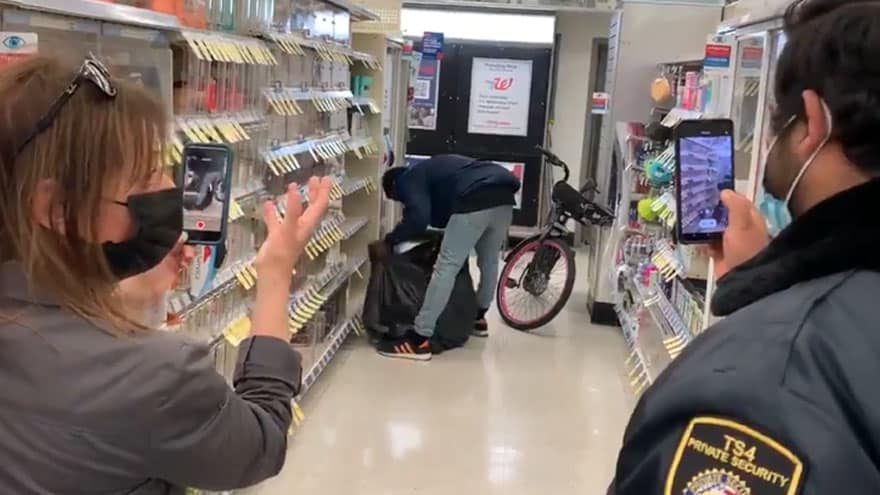 San Francisco residents continued to flee the region in droves in recent months; citing rampant homelessness, widespread drug use, and out-of-control housing costs in one of America’s most expensive cities.

“It has more billionaires per capita than anywhere else in the world, but it also has a homeless problem so severe that it rivals some third-world nations. On any given day you can see souped-up Lamborghinis and blinged-out trophy wives in one part of the city, then walk over a few blocks and see piles of human feces, puddles of urine and vomit caked on the sidewalks. The misery of homelessness, mental illness and drug addiction hits deep in San Francisco and has turned parts of a beautiful city into a public toilet,” reports Fox News.

“As the problem grows, residents are finding themselves at a crossroads. The compassion for those struggling is constantly being challenged by a fear for their own safety and quality of life. It never had to get this bad, say critics, who are appalled that it’s getting worse every day,” adds Fox.

“I won’t visit my son who lives out there again,” Amelia Cartwright told Fox News. “It’s disgusting. I went there a few months ago for the first time and this guy who looked homeless and really beat up spit on me. Can you imagine? He spit on me!”

California’s two-largest cities -San Francisco and Los Angeles- are currently experiencing a “Defecation Crisis,” with both regions struggling to crack-down on rampant homelessness and public drug use.

“The majority of the nation’s homeless people now live in California. There are myriad causes at work, no doubt. But there was no “defecation crisis”—a term usually associated with rural India—in the 1930s, even with unemployment at 25%, vagabonds roaming the country, and shantytowns and “Hoovervilles” springing up everywhere. Today’s homeless and the hobos of the Great Depression are different in many ways. The triple scourges of drug abuse, mental illness and family breakdown have produced anomie and derangements far deeper than those seen in the 1930s, when the widely shared nature of the economic and psychological distress provided its own grim comfort,” reports the Wall Street Journal.

“In California at least, one is struck by the contrast between the fastidious attention paid to the social duty of scooping up and disposing of dog feces, and the rather more paralyzed and guilty reaction to the plague of human feces. The former is treated as a moral imperative among the enlightened—and the thin plastic bags used as the means to this moral end have so far escaped the fate of plastic straws, well on their way to being outlawed as an environmental outrage. Even social-justice warriors don’t consider it their personal duty, however, to tidy up after their fellow human beings on the streets,” adds the article.

San Francisco’s escalating homeless crisis continues to impact thousands of residents across the Bay Area, with officials confirming they’ve responded to nearly 6,700 reports of “human waste” in the first quarter of 2019 alone.

A record number of police officers in San Francisco are reportedly abandoning their department as the city threatens to “defund” the agency while crime and homeless statistics soar throughout California.

“As politicians debate the future of San Francisco policing, there is another discussion going in the station houses: the record number of officers resigning,” reports the San Francisco Chronicle.

“In the first six months of the year, 23 sworn officers resigned, Police Department records show. Of those, 19 took jobs at other law enforcement agencies, both in California and elsewhere,” adds the newspaper.

Read the full report at the San Francisco Chronicle.