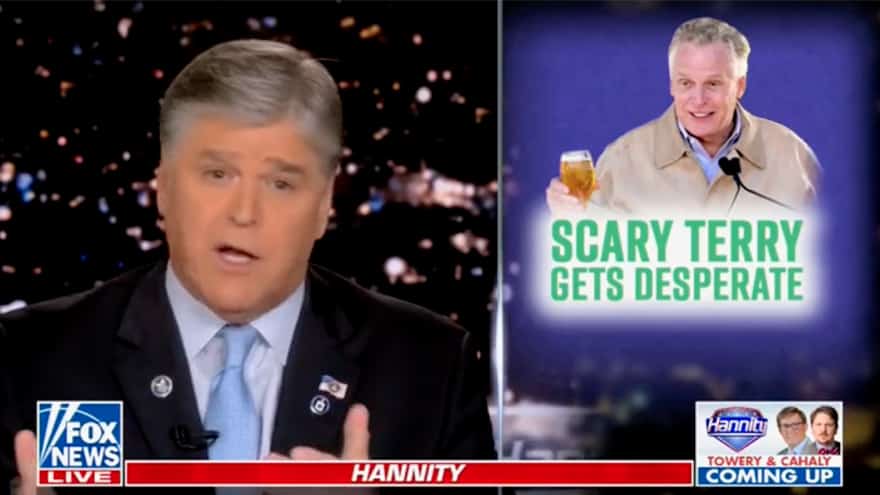 McAULIFFE in 2019: ‘Diversity, Inclusion’ as Important as Math and English

Virginia Democratic gubernatorial candidate Terry McAuliffe’s remarks about “diversity” and “inclusion” in schools, which he made in 2019, have resurfaced in the pivotal lead-up to Election Day on Nov. 2.

Education has emerged as a key issue in the race, with parents raising concerns about critical race theory, COVID-19 restrictions and transgender issues at tense school board meetings in Northern Virginia.

“We don’t do a good job in our education system talking about diversity, inclusion, openness and so forth,” McAuliffe said on C-SPAN Book TV while promoting his book “Beyond Charlottesville: Taking a Stand Against White Nationalism” in 2019. “We don’t. We got our textbooks, but, you know, that has to be a big part of how do you fit into the social work of our nation and our fabric. How we deal with one another is to me as important as, you know, your math class or your English class and so forth.”

Parents in Loudoun County and Fairfax County have condemned some programs launched in the name of “diversity” and “inclusion,” saying that the programs promote critical race theory, a framework that involves deconstructing aspects of society to discover “systemic racism” beneath the surface. Some parents have called CRT divisive, claiming it encourages White students to view themselves as oppressors. Youngkin has pledged to ban CRT in education if he wins the race.

.@TerryMcAuliffe in 2019 said “diversity” and “inclusion” are “as important as” math and English in Elementary schools. This video is resurfacing in the wake of the pivotal race between McAuliffe and @GlennYoungkin, who champions parents’ role in education pic.twitter.com/kEHKEbnCWL

“Terry McAuliffe introduced political agendas like critical race theory into the Virginia education system back in 2015. He lowered academic standards and dragged our children’s math and reading performances down with those diminished expectations,” Youngkin spokesperson Macaulay Porter told Fox News on Monday.

Youngkin has repeatedly cited alarming figures from the U.S. Department of Education’s National Assessment of Education Progress, which found that 62% of Virginia students failed to meet proficiency standards on eighth-grade math, while nearly 60% of students failed to meet national proficiency standards in fourth-grade reading.

CHAOS: Biden Admits as Many as 15,000 Americans Trying to Flee Afghanistan