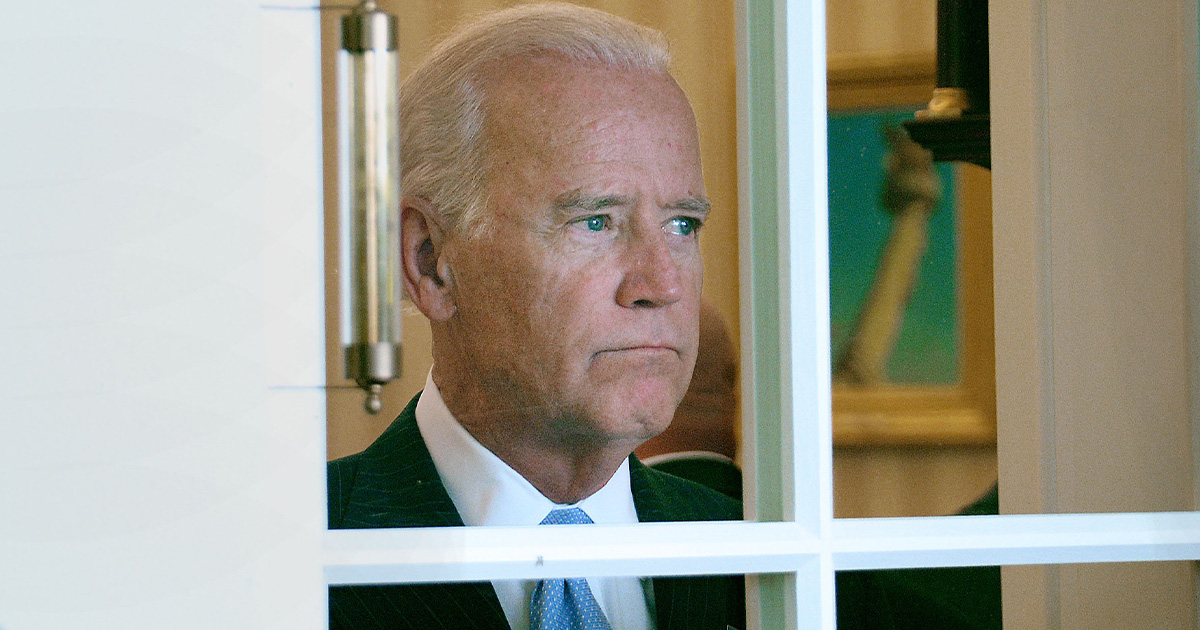 A new Marist poll shows the percentage of Democrats and Democratic-leaning Americans who do not want President Joe Biden to be the nominee in 2024 is higher than those who do.

Forty-four percent of these respondents say someone other than Biden has the best chance to win in 2024. Just 36% said Biden has a better chance, while 20% are unsure.

Meanwhile, 50% of Republican and Republican-leaning voters said Trump gives the GOP the best chance to win in 2024. Thirty-five percent said the party should nominate someone else, while 14% are unsure. 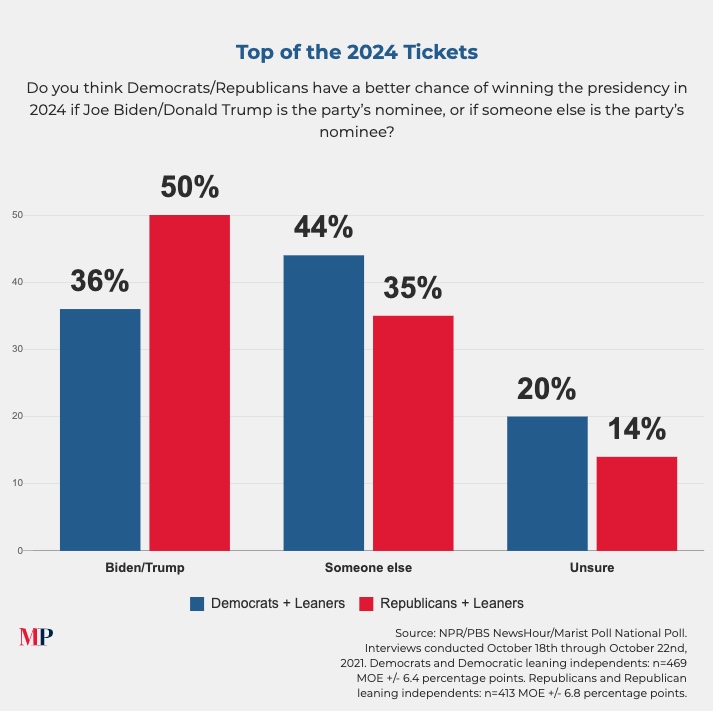 The numbers are troubling for Biden, who has seen his overall approval rating sink to the low forties. In the Marist poll, his approval rating among all respondents was just 44%, with 49% disapproving of the way he’s handling the presidency. That tracks with a recent NBC News survey that had Biden at a 42% approval rating.

Respondents were also asked about election integrity. Sixty-two percent of Americans say they will trust the results of the 2024 presidential election even if their preferred candidate loses. While 82% of Democrats said they would, just 33% of Republicans said the same. Among independents, 68% said they’d accept the results of the election as fair.

After the 2020 election he lost, Trump has been lying incessantly about the election being stolen from him in multiple states. Many of his supporters have believed those false claims.

According to the poll, 60% of Republicans have less confidence in the ability of their local and state governments to hold fair elections and count votes accurately. Meanwhile, only 20% of Democrats and 32% of independents feel similarly.

Thanks to Vax Mandate, 72% Of Black NYC Residents Are Banned From Entering Dining Establishments

“There Will Be Riots” – Black Lives Matter Threatens “Bloodshed” in NYC