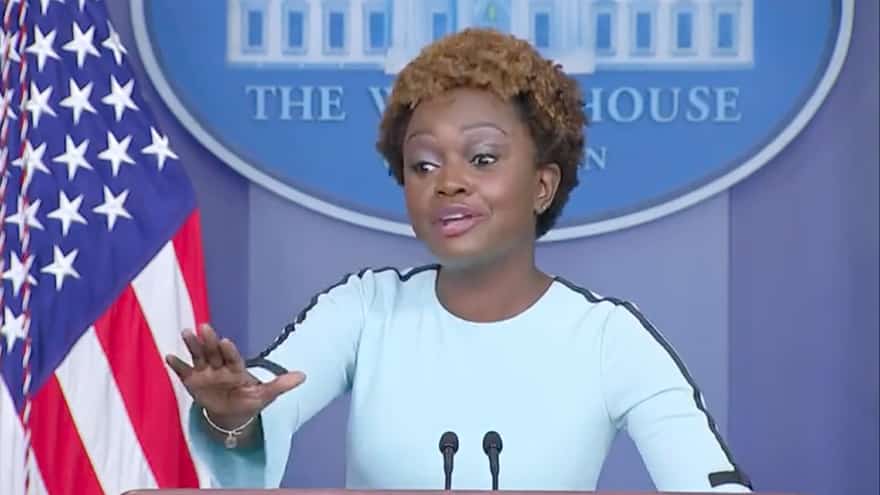 “Dozens of House Republicans are sending a letter to three of President Biden’s Cabinet secretaries regarding reports that their agencies are in talks to give illegal immigrants separated at the border under the previous administration $450,000 each. The Republicans are demanding answers from Department of Homeland Security Secretary Alejandro Mayorkas, Health and Human Services Secretary Xavier Becerra and Attorney General Merrick Garland,” reports Fox News.

“The rationale for this egregious abuse of taxpayer dollars is to compensate these persons for ‘lasting psychological trauma,’” the lawmakers wrote in the letter obtained by Fox News. “Do, however, note that these persons crossed into our country in a knowingly illegal manner, fully aware of the consequences of violating our rule of law.”

“Biden wants to pay illegal immigrants $450,000 for their hardship while breaking our laws. For perspective, if a service member is killed in action, their next of kin gets an insurance payment of $400,000. Let that sink in,” posted Crenshaw on social media.

Biden wants to pay illegal immigrants $450,000 for their hardship while breaking our laws.

For perspective, if a service member is killed in action, their next of kin gets an insurance payment of $400,000.

Let that sink in. https://t.co/J3kuhDhyD5

“The U.S. is in talks to offer immigrant families separated at the border in 2018 about $450,000 a person in compensation, people familiar with the matter say,” claimed the newspaper.

“The Biden administration is in talks to offer immigrant families that were separated during the Trump administration around $450,000 a person in compensation, according to people familiar with the matter, as several agencies work to resolve lawsuits filed on behalf of parents and children who say the government subjected them to lasting psychological trauma,” adds the WSJ.

At least three members of the Minneapolis City Council who want to “defund the police” are spending more than $4500 per day on “private security” in the aftermath of the killing of George Floyd.

“The City of Minneapolis is spending $4,500 a day for private security for three council members who have received threats following the police killing of George Floyd,” reports Fox Minneapolis. “A city spokesperson said the private security details have cost taxpayers $63,000 over the past three weeks.”

“Councilmember Andrea Jenkins said she has been asking for security since she was sworn in. She said current threats have come in the form of emails, letters, and posts to social media,” adds the website.

“My concern is the large number of white nationalist(s) in our city and other threatening communications I’ve been receiving,” wrote Jenkins in an email.

‘YOU FLY AROUND IN A DAMN 747 THAT WE PAY FOR’: Cruz Blasts Biden for Calling Gas Crisis ‘Incredible Transition’

‘NOTHING ELSE TO SAY’: January 6th Committee ‘Illegitimate,’ McCarthy Walks